Skip to content
3 shares
Jump to Recipe Jump to Video

When I was in Valencia for my vacation, while roaming around the city, I asked someone about the famous dishes of this beautiful city, and I was introduced to Paella. Today, I will be sharing Jamie Oliver’s paella recipe with you. 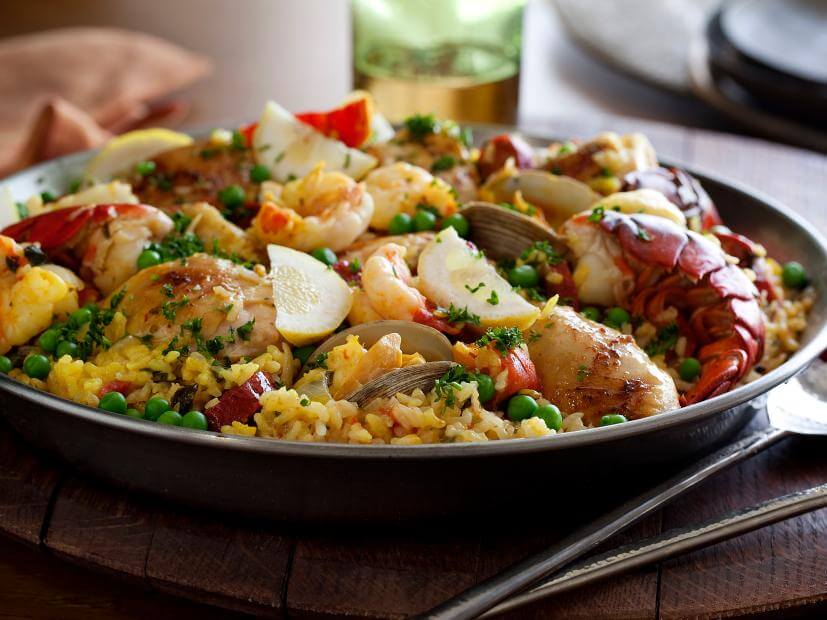 Upon researching about Paella, I found out that paella is a dish that is made from Spanish rice and is famous in Spanish cuisine. Jamie Oliver’s Paella Recipe is one of the most sought-after Paella recipes. The chef is a very famous television personality.

To make the Paella recipe, chop onion, carrot, parsley stalks, chorizo, chicken thighs. Heat oil in a pan and add carrot, garlic, chorizo, parsley stalks, onion, chicken, and paprika to it. For stock, stir tomato puree and crumble it. Mix it all together in boiling water with sea salt and black pepper. Garnish with chopped parsley and serve with a lemon wedge.

This was just a brief introduction to a much-elaborated recipe that awaits you. Read on in order to know more about the ingredients involved, the nutritional value, and the detailed steps of the paella recipe. But before going to the complete recipe, let’s check out some other recipes by some famous chefs.

1. Gordon Ramsay’s Filet Mignon– Filet Mignon (sometimes known as Fillet Steak) is the tenderest cut of beef, known for its mild flavour and melt-in-the-mouth texture. And this recipe by Gordon Ramsay is something that you should definitely try.

2. Bobby Flay’s Shrimp ‘n’ Grits– This recipe is perfect when you don’t know what to make. It is simple to make and anyone can make it. It has a rich texture with a lot of flavors. It also has bacon, which automatically makes it 100 times better.

4. Gordon Ramsay Peruvian Chicken– I love all things chicken. But when we talk about chicken recipes, nothing beats Gordon Ramsay’s recipe for the Peruvian chicken. Crispy and juicy chicken served along with green sauce and salad, this recipe is a great one to try.

Paella is a dish that is made from Spanish rice and is famous in Spanish cuisine. Jamie Oliver's Paella Recipe is one of the most sought-after Paella recipes. The chef is a very famous television personality.
5 from 2 votes
Print Recipe Pin Recipe Save Saved!
Prep Time 50 mins
Cook Time 10 mins
Total Time 1 hr
Course Main Course
Cuisine American
Servings 4 people
Calories 494 kcal