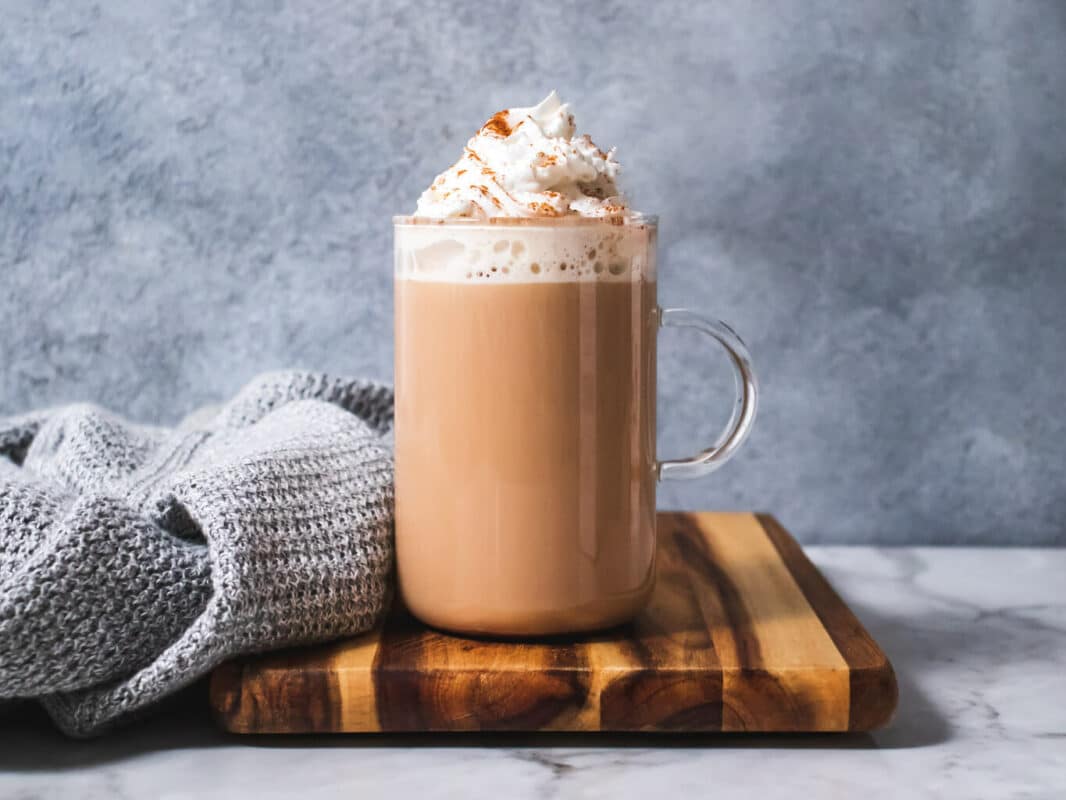 We will make this latte from scratch. From homemade cinnamon dolce syrup to espresso, everything is easy to make and tastes quite similar to the Starbucks one.

You just need some cinnamon sticks and sugar and boil them in water. Make some good espresso and mix them well. Top it with whipped cream, sprinkle some ground cinnamon powder, and enjoy the Starbucks flavor at home.

Without waiting, let us jump into the recipe, and I will take you through the complete steps from making the syrup to the final Starbucks cinnamon dolce latte.

What Equipment Will You Need To Make Starbucks Cinnamon Dolce Latte?

How Much Time Will It Take To Make Starbucks Cinnamon Dolce Latte?

What Ingredients Will You Need To Make Starbucks Cinnamon Dolce Latte?

Let the water boil on high heat and then turn it down to medium flame. Simmer the water for about 25 minutes. Keep on stirring in between. After 25 minutes, keep the boiled ingredients aside for about 30 minutes and let them cool.

At last, add vanilla extract and pour the syrup into a jar.

Now, in another saucepan, warm some milk. Make your regular espresso and gather all the other ingredients. In a serving glass, pour the cinnamon dolce syrup along with espresso and stir properly.

When the syrup and espresso are mixed well, pour the warm milk. Froth some milk and add on top of the latte. You can add some whipped cream and sprinkle some grounded cinnamon to enhance the look and taste of your latte.

How Will Starbucks Cinnamon Dolce Latte Look And Taste Like?

The vanilla extract will add the sweet vanilla flavor, enhancing the taste and making the latte more tempting. The look of the latte will be similar to coffee or chocolate milk. The whipped cream on top will beautify the yummy latte.

Sprinkling some cinnamon powder will give the perfect touch. This warm and sweet latte will make your winters more comfortable and soulful. 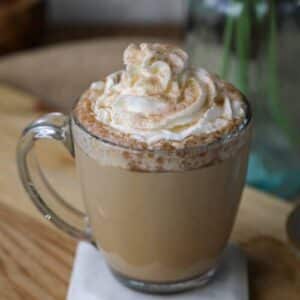 Can we use brewed coffee instead of espresso?

Yes, you can use the brewed coffee in place of espresso.

Is it necessary to use milk in the latte?

If you do not wish to use regular milk, then you can easily go for almond or cashew milk.

Can we store the Cinnamon Dolce Latte?

You can make some cinnamon solace syrup and store it in a jar. Just bring some milk and espresso while serving.

I hope you try this and let us know how it turns out. We will be back with similar delicious recipes. Until then, brew some coffee.