Wingstop is the perfect place to enjoy everything chicken! The place has an array of different options to choose from, with new flavors being launched every now and then. The chain has launched a new bbq flavor range and everyone is simply going ga-ga over it! 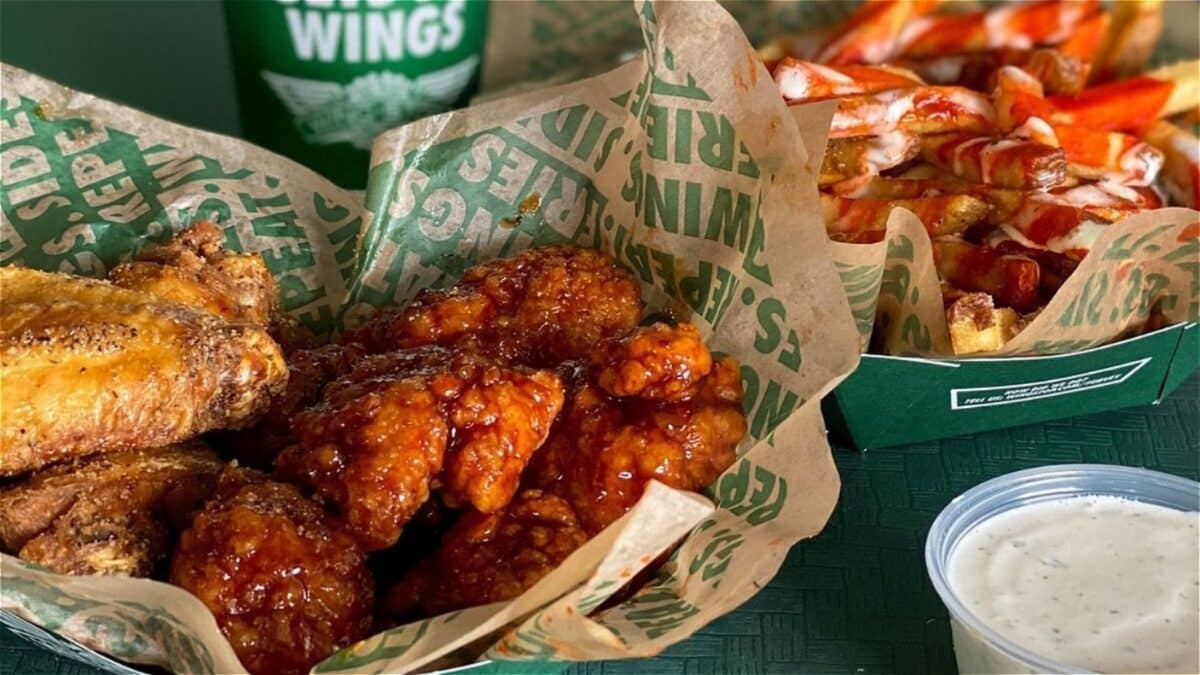 Wingstop has launched a new Carolina Gold BBQ Flavor. They have launched a few new options on their menu featuring this new flavor, which are a chicken sandwich, wings and also their crispy tenders. The new flavor options will be available at participating locations across the United States.

Wingstop is one place that everyone looks forward to when it comes to anything chicken. Although the chain has a number of flavors to choose from, including barbecue, this one is a tad bit different.

These new products pay homage to the traditional Carolina Gold BBQ sauce! Let us take a look at what this new flavor is all about and how you can experience the same from Wingstop, all in this article!

What Is The Carolina Gold BBQ Flavor All About?

If you are a huge fan of barbecue, you may know that every place across the country has a different type of barbecue to offer. This one, as you may have already guessed, is a traditional BBQ sauce that has its roots in South Carolina.

It is a staple for most barbecues out there. If you haven’t tried it before, you don’t need to worry as given below is a description of what you should expect the sauce to taste like.

The Carolina Gold BBQ flavor, as I mentioned, has its roots in South Carolina. The sauce has base flavors of mustard, vinegar and brown sugar, which gives it a sweet, spicy and tangy undertone.

The sauce is shimmering and actually looks like liquid gold, hence the name! Wingstop’s version of this sauce is, however, a twist on the classic that has to be tried to know the exact flavor!

When Will The Carolina Gold BBQ Flavored Food Be Available At Wingstop?

If this is a type of BBQ that you haven’t ever tried before, then you really have to try it out! As the chain suggested, their take is a little sweeter and hence, even people who are usually skeptical about mustard will surely end up craving more! So, when will this new flavor actually be available?

The great news is that Wingstop has already launched this new flavor! They have launched a chicken sandwich, wings and tenders of this flavor, which will all be available until supplies last.

Moreover, to get customers to try this new flavor, Wingstop has teamed up with Uber Eats and is running a “by-one-get-one free Chicken sandwich” promotion. This promotion will be available until December 19th.

The sandwich will also be served with their classic homemade ranch dipping sauce. So, you’d better hurry and grab one of these as quickly as you can!

Wingstop has launched a new Carolina Gold BBQ flavor, which features a chicken sandwich, wings and also tenders. The new flavor has already been launched and will be available at all participating restaurants until supplies last.

Disclaimer – The feature image in this blog post has been taken from Mashed.

Will the new flavors always be available?

The new flavor will be available until supplies last, as per Wingstop.

Will all Wingstop locations feature this new flavor?

Yes, all participating Wingstop locations across the United States will feature this new BBQ flavor.

Will the price of the new flavored options on their menu be the same everywhere?

No, the prices may differ from one location to another.

Will Wingstop have the buy one get one Chicken sandwich offer all month?

No, the buy one gets one Chicken sandwich offer is valid only until December 19th if you order via UberEats.