Are you a cheese lover? Then, Havarti cheese is something you must try at least once. Havarti cheese has an exquisite taste, and most people who try it once declare it their favorite cheese variety. But what does Havarti cheese taste like? Is it worth the hype? This article is for you if you are interested in Havarti cheese, just like me. 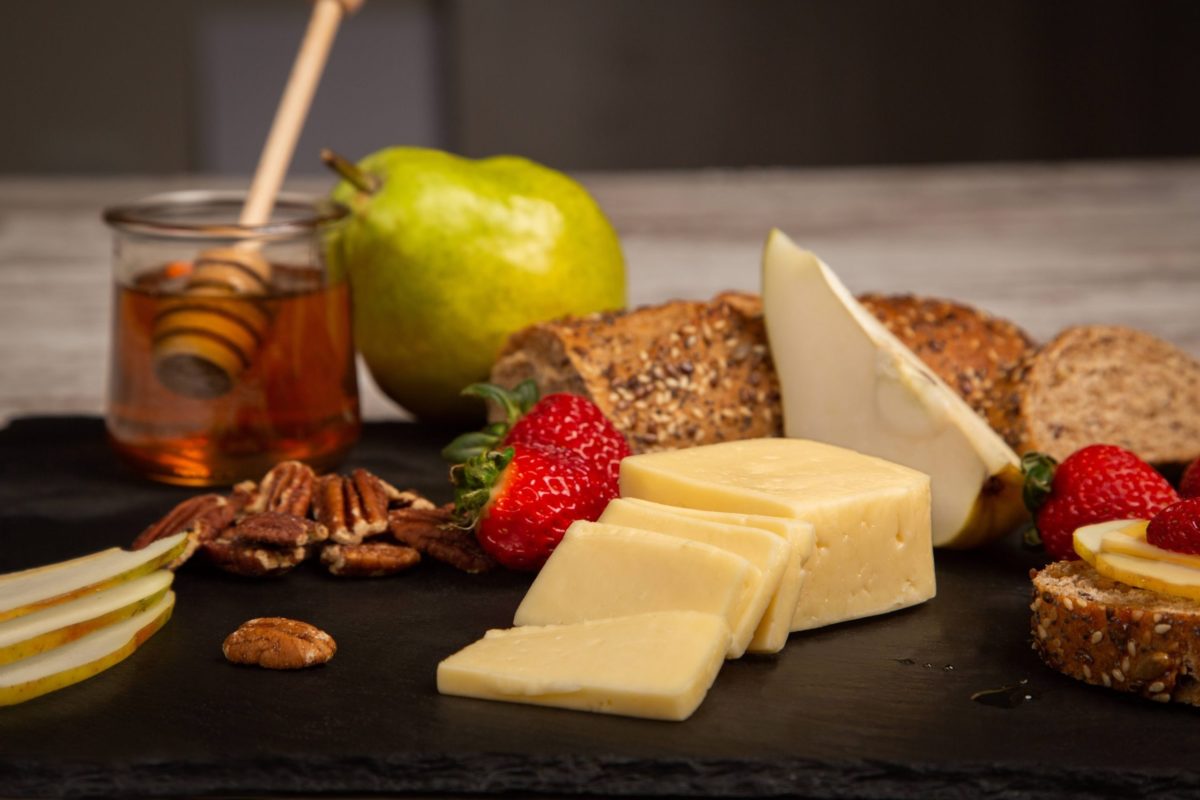 Havarti cheese has an incredibly creamy texture. It is made from cow’s milk and has a buttery mouthfeel. A young Havarti cheese is mostly buttery. However, it develops an acidic taste while getting older. Havarti cheese tastes like monetary cheese.

Ever since I had Havarti cheese, I made sure to have a piece of it in the kitchen. Havarti cheese can be substituted in all dishes that need butter or cheese. It is so intensely flavored that you’ll find a new layer of taste with each bite.

Havarti cheese was once used only in Denmark. However, its flavor profile traveled worldwide and made a space in every cheese lover’s mind. If you are still wondering about its taste, give this article a read!

What Is Havarti Cheese?

Hanne Nielsen is a Danish woman known to be the founder of Havarti cheese. This creation wasn’t just an accident. Before crafting this masterpiece, she traveled around Europe and learned numerous cheese-making processes.

Hanne Nielsen invented cheese in Havartigarden, a town close to Holte, hence the name of the cheese. Havarti cheese comes in two varieties. The first is Havarti cheese, as it is known today, while the second is creamy Havarti cheese.

It has a flavor and texture that are comparable to Swiss cheese. The other is creamy Havarti cheese. It contains a lot of butter and shouldn’t be aged because it spoils quickly.

Have you ever said no to an exquisite Havarti cheese platter because you were doubtful about its taste? Well, I can’t blame you if you have, because we are all very particular when it comes to cheese.

But we can only have new favorites if we try new cheeses. Hence, this section is all about Havarti cheese and its taste. So read and decide whether you’ll like it or not.

Havarti cheese has a very vivid flavor profile. It has a perfectly balanced creamy, tart, nutty flavor. Depending upon the age, the flavor of Havarti cheese changes. Young Havarti is a lot sweeter than the aged ones.

Havarti cheese is aged for a period of three to four months. The aged Havarti cheese will have a more bold flair with an acidic undertone. However, the texture remains creamy.

On top of its delicious taste, Havarti cheese has a savory smell. It has a milky hazelnut aroma to it. This taste, along with its creamy texture, is what makes it the best among all other cheeses.

What Cheese Is Havarti Similar To?

Havarti cheese, with its white-yellow color and porous texture, is one of its own. However, some other cheeses either look or taste similar to Havarti cheese.

Cheese is good on its own; however, sometimes when we combine certain things with it, its flavor is enhanced. The same goes with the case of dill and Havarti cheese.

Dill Havarti cheese is aged for a month or three months. However, it will develop a slightly nutty undertone if it is aged more than that.

Today, we have a different kind of Havarti cheese. However, the original Havarti cheese was a creamy one. This one was so good that its popularity spread all across the world.

The cheese has a yellow color and has holes all across it. They are generally aged for three months and can be served as a table cheese or a spread.

Most of the time, Havarti and Swiss cheese are considered the same in their physical appearance. They are both light yellow and have holes all across them. But do they taste alike?

Havarti cheese is an exquisite cheese. However, there might be some time when we are out of it. What should we do then? Choose the best cheese that is similar to Havarti cheese.

As we have discussed, Havarti cheese has a very mild sweet flavor. But sometimes, we might have heard people say something about the spiciness of Havarti cheese. How is this possible?

Havarti cheese isn’t spicy on its own. However, it becomes slightly spicy when combined with certain spices like jalapenos or red pepper flakes.

Havarti cheese, in general, will have a creamy aroma to it. But some types will smell a bit nutty. The smell and taste of Havarti cheese change according to its aging period.

When the Havarti cheese is young, it won’t have any nutty taste. However, it develops a slightly nutty flavor like hazelnut when it is aged. The taste also becomes slightly acidic, along with being nutty.

Is Havarti A Melty Cheese?

Yes, Havarti cheese has a melty texture to it. They are very easy to melt and will have a sweet aroma to them. Havarti cheese in itself is extremely creamy in nature and semi-soft in nature. They can be used in burgers or casseroles. They also pair well with fruits and vegetables.

How To Tell If Havarti Cheese Has Gone Bad?

Like many other kinds of cheese, Havarti cheese is perishable. Therefore, even if we have kept it very well, after a certain time, we should check its quality before consuming it.

A Havarti cheese that has gone bad will have a much more firm texture than the normal one. It will also start to smell awful, more than the rich hazelnut aroma.

Moreover, you might even find molds here and there in the cheese. Hence, if you have had a piece of Havarti cheese lying in your fridge for too long, check its quality before eating it.

How To Store Havarti Cheese Properly?

Havarti cheese needed to be refrigerated to keep it safe. However, once it is defrosted, it should be wrapped in aluminum or parchment paper before being put back in the fridge.

Used Havarti cheese will remain fresh for up to three to four days in the fridge. However, while keeping the cheese in the fridge, keep it in the dry section.

Havarti cheese is extremely melty. Hence, it can be used in almost all those recipes that either need cheese or butter. If you are someone who loves the taste of cheese in your food, Havarti cheese is the perfect cheese for you.

Havarti cheese is wonderful on its own. It can be eaten on its own. But the best way to eat it is to pair it with other delicious food. Confused about what to choose? Well, I have some suggestions for you.

Havarti cheese is extremely flavorful. Hence, it is extremely hard to stop eating it once you start eating it. Therefore, it is important to know its health benefits while including it in your food.

Havarti cheese is an extremely flavorful cheese. It has a mild sweetness with a delicious aroma. It is widely used as a table cheese and can also be used along with most dishes. Hence if you are in a little mood for experimentation, make sure to try some Havarti cheese next time when you have!

What is Havarti cheese best for?

Havarti cheese is a mild flavor semi soft cheese and is good for slicing and grilling.

Havarti cheese has a mild flavor and taste similar to that of young cheddar cheese.

Is Havarti a melting cheese?

Can you put Havarti on a burger?

Yes. Havarti cheese is an easy melting cheese and tastes very well in burgers and pizza.