It’s common knowledge that people generally love fried food. Dishes like fried pork chops, french fries, and fried chicken have almost become a part of national cuisine. While all of these dishes are delicious, they also carry a lot of oil from the frying process with them. This is one of many reasons we’ve reviewed why you might opt for owning an air fryer. 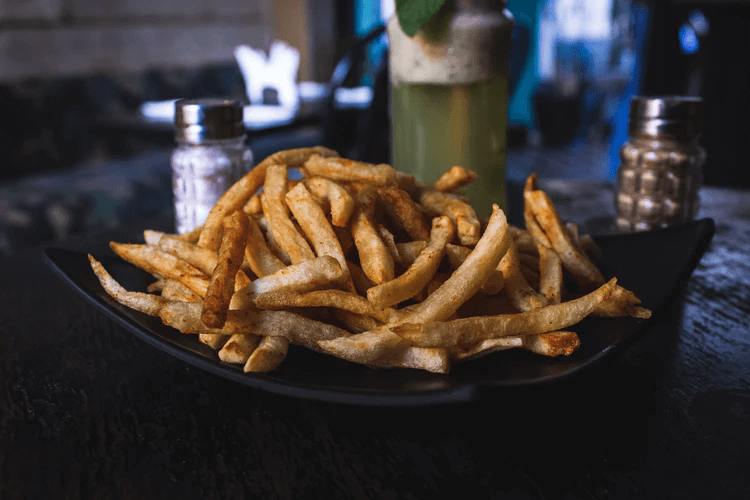 There are many benefits of air frying your food as opposed to frying it traditionally by putting it in a gallon of boiling oil. All of this excess oil adds to the caloric value of your dish, and not in the right way. Air fryers use streams of hot air for cooking the food, leaving the unnecessary amounts of oil away from your food. This means that you can have the same dish, let’s say french fries, and the ones fried in oil will have the same filling effect as the ones from the air fryer, but twice as many calories because of the oil.

2) The Come in Handy

People nowadays find themselves much busier than before, and more often than not, they don’t have the time to prepare their meals at home. This is where air fryers can play a handy role. Cooking your food in an air fryer requires almost no prep, skills, or time. You put your food in the appliance, plug it in, and let it do its magic. You can sit back and relax while your food is being prepared, which usually takes up to 15 minutes. Air fryers don’t just offer a tasty and quick meal; it’s also very healthy because very few nutrients are lost in this cooking method.

The link between diet and disease has been the subject of countless studies, which are still being conducted everywhere in the world. As we’ve mentioned before, most people don’t have time to cook so they buy processed foods which are mostly full of excess oil or if we’re talking about processed meat, it’s full of sodium. High levels of sodium are in direct correlation with heart disease. One way to kick processed foods out of your diet, and focus on a healthy diet is to let it air fry simply. You will keep the right nutrients, and you won’t even have to use processed foods or excess oil anymore.

4) They Are Very Versatile

Air fryers can be used to cook a wide variety of dishes ranging from vegetables, meat dishes, and soups. Air fryers aren’t universal; they come in many shapes and sizes and have different options depending on the manufacturer. To find the right air fryer for you check this page where the available options have been reviewed in depth. However, different options from one air fryer to another may be, the mechanism it uses remains the same. The air is heated and propelled around the food by a fan, which ensures a crispy outside and a tender inside of your dish.

5) It Makes Dessert Too

It shouldn’t be left unsaid that all the food you prepare in an air dryer needs to be 100% healthy. You can still have your favourite snack with no change in its flavour, just a little healthier. Many people don’t realize that air fryers can be used to prepare desserts and snacks too. Some air fryers even have a unique option for making doughnuts. Some snacks that are on the healthier side of the spectrum like banana chips or apple chips can be made with no fuss, and in no time too.

One of the most significant downsides of frying food in deep oil is the health concerns that come with it; however, the trouble does not end there. A pot of boiling oil is also a significant health hazard in a physical way. More often than not, people get burned by the sizzling oil. One of the most common ways this happens is that either the pot gets knocked over, which can cause serious burns or the oil can splash back at you when you put the food in. Whichever the case, why not avoid this dangerous situation entirely if it’s possible. Use air fryers to be completely safe.

Air fryers have made a compelling case for themselves. They are very versatile, safe, offer a lot of options for a healthier diet which reduces long-term health problems such as high blood pressure. Why not have all the fried dishes you enjoy, which will taste the same but will be much healthier for you.