Do you love learning about different cuisines of the world and local dining hotspots, or do you need some inspiration? Food influences have stimulated followers’ appetites ever since social media first came into existence.. 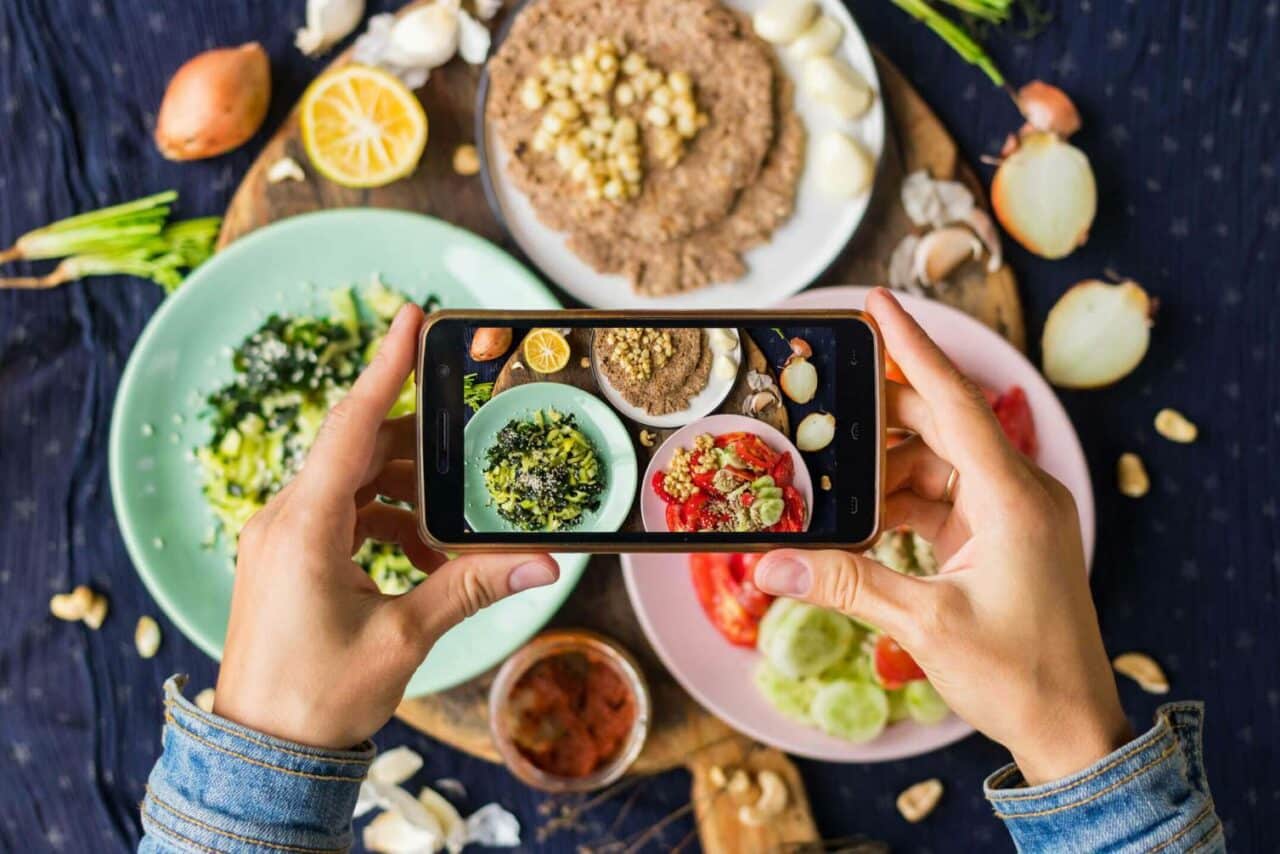 Once upon a time, taking a picture of your meal was one of the most popular trends. Food bloggers appeal to a very diverse consumer ground.

From a mother looking for a new recipe to the youth who are learning to cook for themselves, or even an individual just altering their life to restrictions in their diet, food blogs and influencers offer a path of value to all.

The top food influencers inspire the choice of a majority of people. More often, they create a craving for the species from the way they write about it.

Following food bloggers and influencers on social media can inspire you and bring you a new culinary-induced euphoria. Moreover, you can even become a food influencer on Instagram.

No food influencer list is complete without mentioning the likes of Jamie Oliver. Starting his work in the industry in his family’s restaurant kitchen, he became quite the celebrity chef in 1999.

He is known for his minimalistic and clean approach to cooking, with undivided attention to fresh, organic ingredients. Even after 20 years, he is a dominant force in the culinary industry.

He’s very vocal about nutrition and healthy eating. Apart from his books and TV shows, Jamie works with the top U.K. supermarket chain Sainsbury’s as well.

He has also designed numerous varieties of tableware with Royal Worcester. He is equally powerful on social media, with 8.4 million followers on Instagram.

Until a few years ago, Dennis Prescott was a musician with no idea how to cook. After going through some of Jamie Oliver’s books, he realized that his true passion was food, not music.

Shortly after, he immersed himself in the culinary industry. He has authored the cookbook ”Eat Delicious”, which features over 125 of his own personal recipes. Each of his dishes has an artistic twinge, making mouths water at the mere sight.

This talented Canadian chef and influencer combined his passion for food and art perfectly. His Instagram account, with nearly 596k followers, is filled with photographs of enticing food and delicious recipes.

Yumna Jawad shares healthful comfort food recipes on her Instagram account, which has more than 2.1 million followers, and on her engaging blog.

Her childhood memories inspired her to share her passion for food and photography with the rest of the world. She got her start on a photo-based platform and moved to a blog soon after.

This paved the way for her to give more information about her recipes and discuss the Middle Eastern ingredients used in her food. She has influenced Instagram as a platform for her passions and for making money via sponsorship posts.

Ella Woodward started her blog Deliciously Ella in 2012 after being diagnosed with Postural Tachycardia Syndrome to help track her eating and experiments with creating healthier food.

Since then, she has expanded her reach into her own mobile app, 3 published cookbooks, a deli business, and a long line of nutritious appetizers.

Her Instagram account, with 2 million followers, is bursting with colors and showcases her extreme focus on detail.

The vibrant pictures convey all that her cooking shows, and she continues to give us aesthetically pleasing and simple enough-to-follow recipes.

Rosanna Pansino is an American YouTuber, baker, actress, singer, and author. She has 4.4 million loyal followers on Instagram and 10 million+ subscribers on YouTube, where she creates and shares baking-tutorial videos with certain nerdy twists.

Her cooking show Nerdy Nummies has become one of the most popular baking shows on YouTube. Not only that, but Pansino has also released two cookbooks and won one Streamy Award, among several others.

She was also nominated for five other awards. She also appeals to a wider audience by regularly making gluten-free and vegan bakes, making her one of the top food influencers ever.

Are you thinking of becoming a food influencer? You can get ahead of the competition by buying Instagram likes.

You can even jump-start your new page with mega followers with the help of MegaFamous, which offers great deals and quality followers.

He is a celebrity chef who has won millions of hearts with his simple and elegant recipes. An excellent food influencer who also enjoys a fan following of millions of people who crave worldly cuisines.

He is typically adept at all international cuisines and does various dishes that appeal to audiences worldwide. He is also quite an expert in making a simple item more stylish and classic to be more indigenous.

He has had three Michelin stars since early 2000. He is also a great industry icon who has a knack for introducing new recipes and making them popular.

His fame has recently skyrocketed with successful TV shows and many appearances on small screens.

She is another wonderful food influencer who leans on healthy food and items. If you want someone who can give a nutritious combination of a plant-based diet or vegan instructor, she would be your pick.

She also makes sure most of her diets are delicious and flavorful while not missing any essential nutrients.

She has her own cookbook called “The Art of Raw Food” for people to acquaint themselves with new ways of cooking many recipes.

She is mostly considered a creator who tries to invent new items like desserts, snacks, soups, and breakfast, which have a good bearing on people’s health and taste buds.

She has earned a reputation as one of the well-known food influencers and has a following that is quite humongous.

If you want to try something new in the kitchen or have a passion for cooking, just head over to these profiles and boost your cooking.

Scrolling through their Instagram feed once is enough to have you drooling and will inspire you to create some beautifully articulated food.

From a wide world of the culinary industry, narrowing down the top 5 most popular food influencers is no easy task.

There are several more amazing food bloggers and influencers out there. Let us know your favorite food influencer in the comments!