Perrier is a bottled mineral water brand that is located in France. The brand is described as one of the most elegant brands in the packed-water industry as the water-packed in the Perrier water bottles comes from a spring in Vergèze which is a commune in the Gard department located in Southern France. 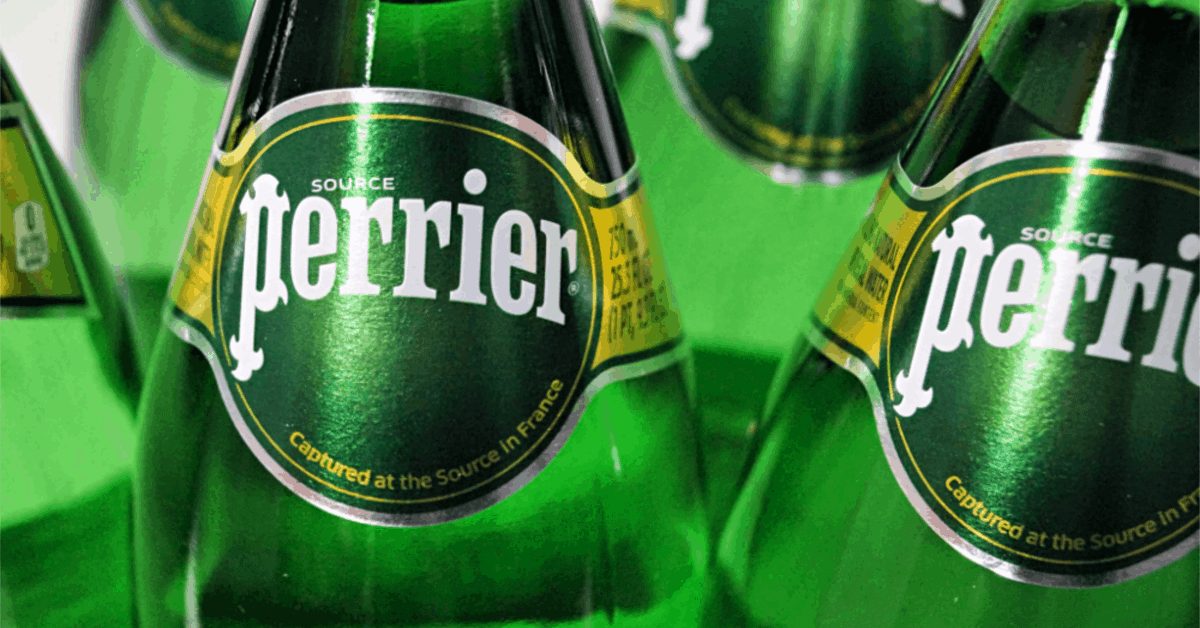 Vergèze was originally used as a spa since Roman times.  But in 1898, Louis Perrier, who is a local doctor, bought the spring and operated a commercial spa. Aside from the spa, he also bottled the water from the spring and offered the bottled water for sale.

But after that, a wealthy British visitor visited France and decided to buy Dr. Perrier’s spring field. He closed the spa and renamed the spring as Source Perrier and started to pack the water in green bottles that further became one of the trademarks of Perrier water bottles.

The turning point of Perrier was in 1992 when the rival company- Nestle bought Perrier which was one of the biggest food and beverage suppliers in the world at that time.

So let’s check out Perrier water prices in different stores.

Here is the nutritional breakdown of the perrier water.

As we have told you earlier that Perrier Water is often described as one of the most elegant water brands as it is serving sparkling water for about 15 years now.

The water present in the Perrier water bottle travels from porous limestone which is rich in calcium carbonate, and pure white sand. Then, water is collected at the source which is protected by an eight to a fifteen-foot layer of impermeable clay that protects the water from outer impurities.

Carbonation is another factor why people prefer Perrier water. The carbonation is caused when the magma superheats and the groundwater infiltrates the calcium carbonate layers, carbonated gas is formed.

So this is the purification process of Perrier water and how it is carbonated.