Pepsi is one brand of cola that we are familiar with almost everywhere in the world. This brand has been on par with the new market trends and never backs down when experimenting with new flavors! So, a nutmeg flavor may sound a little whacky, but what is it all about? Let’s find out! 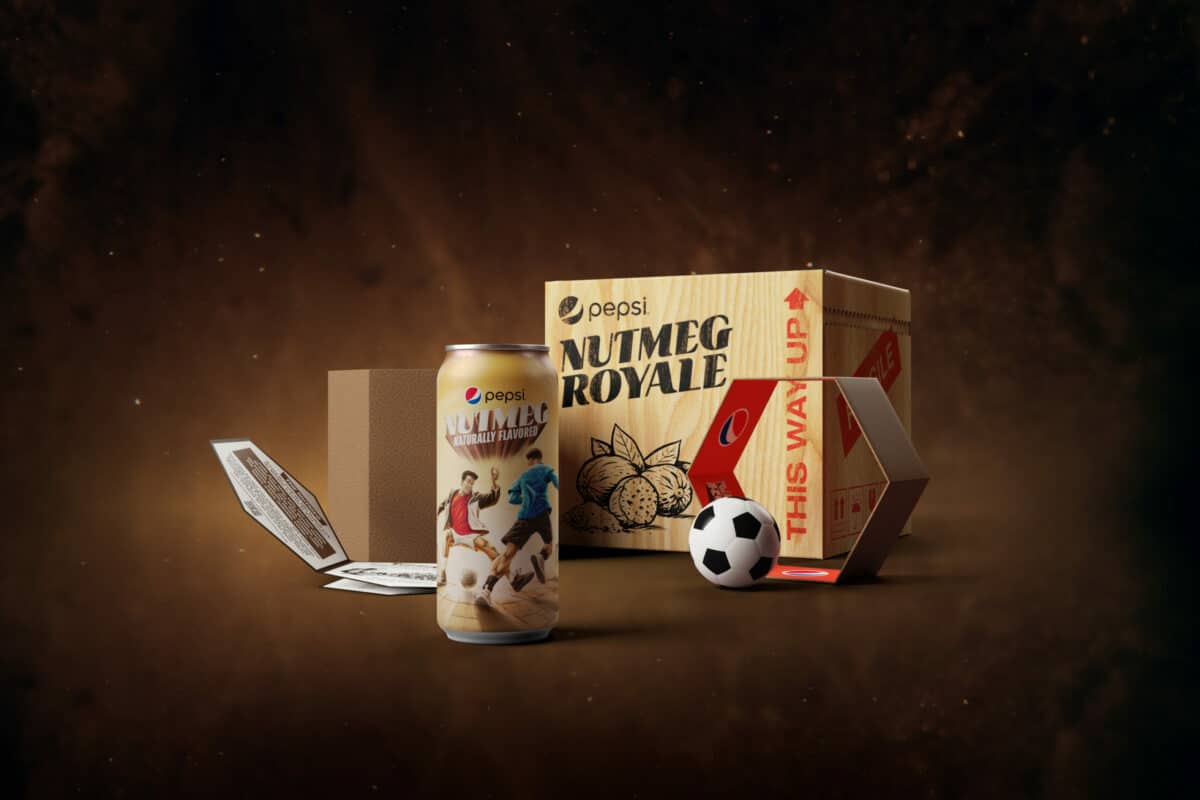 Pepsi has launched a new nutmeg-flavored cola in honor of the soccer world cup in Qatar. The company has launched this to honor one of the most difficult moves in soccer history, also known as ‘nutmegging.’

Pepsi is a brand where experimenting with flavors never stops. This year, the company released a bunch of new flavors for different seasons and holidays.

So, considering how big of a deal the world cup is everywhere, they have taken the perfect opportunity to experiment with a new flavor. You can learn about this new flavor and much more in this article, so make sure you read until the end!

Why Has Pepsi Launched A Nutmeg-Flavored Cola?

So, following that, keeping the world cup in mind, they decided to take this opportunity to come up with one of their strangest but good flavor combinations. So why nutmeg, though? Does that have anything to do with the world cup? Actually, yes, it does have something to do with soccer!

Pepsi’s press release shows that the nutmeg flavor is inspired by a soccer move known as ‘Nutmeg Royale.’ In soccer, a ‘nutmeg’ is when you pass the ball between a player’s legs and run behind them to catch it as it rolls through. It indeed does require a lot of technique and judgment of time to get this move right.

The cans of this flavor are designed to have a sandy appearance, with some of the players from the promotional video ad. In fact, about the new flavor, this is what Gustavo Reyna, Pepi’s Senior Director, Global Marketing, had to say in the press release!

“After centering a project around one of football’s craftiest moves, it made perfect sense for us to explore creating a limited-edition flavor that complimented the cunning skill.” He continues, “From Cherry to Lime, to Nitro, and now Nutmeg, we love pushing flavor boundaries!”

Well, we can all agree that the flavor boundaries are truly getting pushed by the company, and this is a great way to get more attention to the soccer world cup!

When And Where Will The Limited Time Nutmeg Flavor Be Available?

Now that you know about this flavor, I am sure that, just like everyone else, you cannot wait to see what this flavor is all about! It is, of course, regardless of whether you like football! Let’s look at what the company said about the release and availability of this new flavor.

Pepsi Nutmeg flavored cola has yet to make its market debut. The company has hinted that the fans should keep an eye on their social media accounts to know when the new flavor will hit the market. They have also called it an “extremely limited” product, so you should grab one as soon as they are out!

Pepsi has launched a new nutmeg-flavored cola to honor the soccer world cup in Qatar. The nutmeg flavor is derived from a move in soccer called ‘nutmegging,’ which is supposed to require a lot of skill. The product is set to hit the market for an “extremely limited time,” per the company.

When will the Nutmeg-flavored cola make a market debut?

Pepsi has yet to announce this, but they have mentioned that everyone should check their social media accounts to know the date.

What will be the price of this new nutmeg-flavored cola?

Pepsi is yet to announce the market price for this cola.

Will this product be discontinued after the world cup?

The company hasn’t mentioned any such thing specifically. However, they have mentioned that the cola will be available for an “extremely limited time.”