Skip to content
28 shares
Jump to Recipe Jump to Video 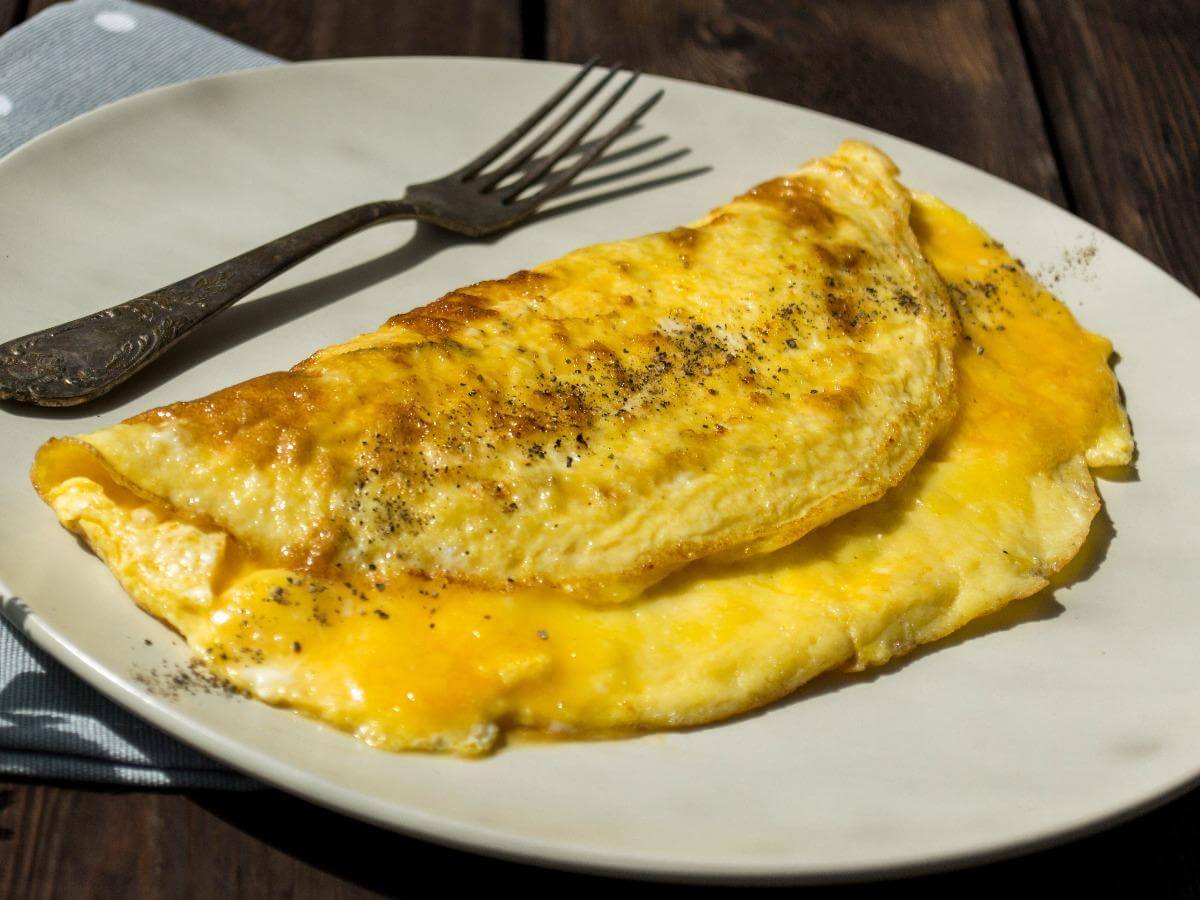 To make Omelette du Fromage, beat eggs, salt, and pepper in a bowl. Heat olive oil in a pan and pour in the eggs. Spread the eggs evenly in the pan. Then, sprinkle cheese over it. Cook for some time and then cut in half. Transfer to a plate and serve.

Come, let’s see the journey of Omelette Du Fromage Recipe. Also, there are a variety of breakfast recipes that you can try as well. Do check them as well.

1. Poached Eggs– Poached eggs are delicious and really easy to make. You can make them for breakfast and have a healthy start to your day.

2. Huevos Rotos– This delicious recipe is simple, but it is listed among the popular Spanish egg dishes. Most people prefer eggs as breakfast. But in Spain, eggs are consumed not only as a resort for breakfast but even at lunch, dinner and surprisingly as desserts too.

3. Crab Omelette– Crabmeat is actually very healthy. Crab is a great source of protein and is considered to be one of the best dietary sources of protein. It contains Omega-3 fatty acids, Selenium, Riboflavin, Copper, and Phosphorus.

4. Big & Buttery Chocolate Chip Cookies– Big & buttery chocolate chip cookies are the perfect after-meal snack. They are filled with both butter and chocolate chips which makes them the perfect cookies. So, without any further delay, let’s get started.

If you want to make a cheese omelette then, you should try making Omelette du Fromage. "Omelette du Fromage" is just the French phrase for the cheese omelette. It is really easy to make and gets ready in no time.
5 from 1 vote
Print Recipe Pin Recipe Save Saved!
Prep Time 10 mins
Cook Time 3 mins
Total Time 13 mins
Course Breakfast
Cuisine American
Servings 5 people
Calories 450 kcal