Many of the times, I went to clubs just to celebrate birthday parties and almost every time my friends order Oktoberfest Beer but I do not drink. But once, there was a party of my best friend she forced me to drink that beer and surprisingly it tastes good. 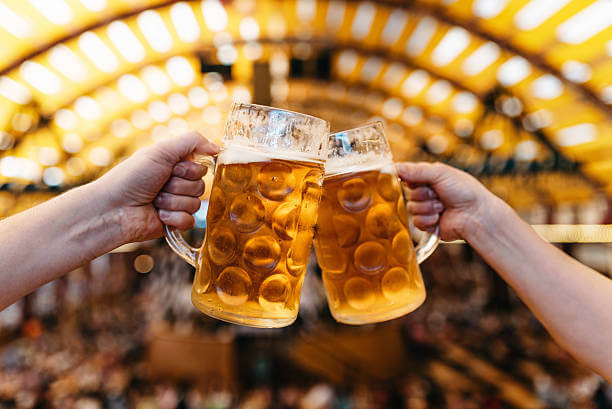 From that day I became a person who drinks but only Oktoberfest Beer. One day curiosity came into my mind that who to make this beer and what is that particular thing which makes this beer so good.

I surf internet and find some recipes and Guess What?

The first Oktoberfest was held in 1810 to celebrate the marriage of Crown Prince Ludwig and Princess Therese. Since then, the Oktoberfest in Munich has grown, attracting some 6 million visitors every year, and now holds the title of the world’s largest fair. The tradition has spread throughout Germany, and into the US and other parts of the world.

Come let’s see the steps of Oktoberfest Beer Recipe. But there are many other drink recipes that we’ve covered in our blog. You should definitely check them as well.

1. Mamajuana– It is a drink that is prepared by infusing herbs in liquor. It is a traditional drink of the Dominican Republic. This drink was traditionally made with tea mixture infused by herbs and served as a tonic to cure almost everything.

2. Beer in Black Desert Online– Black Desert is an online strategic planning game, your workers need a lot of stamina at different stages of the game. Beer is one of the worker foods that you can use to restore your workers’ energy. So beer is a very important commodity in Black Desert since it replenishes the stamina of their workers.

3. Bourbon and Ginger Ale– This spicy Bourbon Ginger Ale Cocktail is the best way to warm up on a wintry night. With lime juice, ginger ale and candied ginger, it’s got enough sweetness, tartness and spiciness to send your winter blues away.

4. Orange Whiskey Sour – You must have heard about different types of whiskey cocktails but have you ever heard about a cocktail made from Whiskey and Orange Juice? But trust me, when you’ll have this drink for the first time, you’ll definitely love it.

FOR MISC, YEAST AND HOPS

Note- You will make 5 Gallons of Oktoberfest Beer using these ingredients.

How to Make Oktoberfest Beer at Home | Video