Fan of Japanese cooking and want to give it a try? Well, there are a lot of things you should know but let’s start with the basics; mirin vs. rice vinegar. 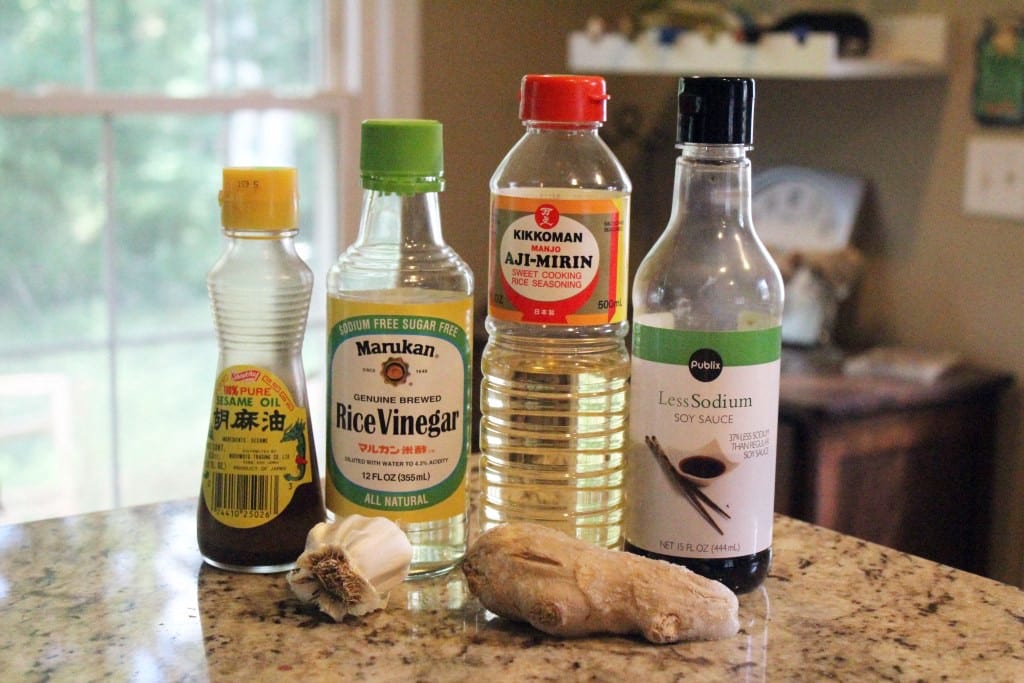 Many people confuse the two as mirin is just rice wine. Hence you understand why people would mix the two. But there are significant differences between the two.

Mirin and rice vinegar both are staples of Japanese cuisine and are made with similar ingredients. However, their taste and usage are totally different from each other.

Mirin is a Japanese rice wine that is sweet in flavor. The brown color rice wine has a very noticeable alcoholic scent.

Mirin is now used as a seasoning, but hundreds of years ago, it was consumed as a sweet alcoholic beverage. Mirin adds depth of flavor to any dish and sweetness to the dish.

Due to alcohol content also gives an umami flavor, which is the savory or meaty taste of the food. Mirin is widely used in flavoring meat or seafood.

Mirin can be used in rice, dumplings, and ramen. It adds flavor and shines and glosses fish and meat when used as a basting sauce. Mirin is generally gluten-free, but one should carefully check the label before using it.

It is also interesting to note that mirin is sweet, but no sugar is added. There are different kinds of mirin which are slightly different from each other. Let’s discuss them one by one.

What is rice vinegar?

Rice vinegar, as the name clearly states, is a kind of vinegar that is generally used in Asian cooking. Rice vinegar’s acidic and salty flavor is best suited for salad dressings, pickles, marinades, and sauces.

Adding a little bit of rice vinegar can enhance the flavors. Just remember not to go too generous whole using rice vinegar because it is acidic in nature which can ruin the complete taste of the dish.

Like mirin, there are different varieties of rice vinegar. The major ones are listed below:

Mirin Vs. Rice Vinegar | Similarities Between the two

Before we see how these two differ, let’s see the similarities between mirin and rice vinegar.

1. Both are used to add flavors to dishes

Mirin and rice vinegar are both used as condiments. They are used in making sauces, soups, and dressings for salads. The proportion of sweet and sour is distinct, but they both enhance the taste of any dish.

2. Both have the same origin

Mirin and rice vinegar both originate from East Asia. Mirin belongs to Japan, whereas rice vinegar is from Japan, China, and Korea. They both are widely used in Asian cuisines.

3. Rice vinegar can be used as a substitute for mirin.

Rice vinegar can be used instead of mirin despite the flavor and ingredients differences. It must be noted that rice vinegar is sour; therefore, before substituting mirin with rice vinegar, the dish’s taste should be interesting.

Now let’s see the differences between our two loved condiments, mirin and rice vinegar, and see where they diverge.

The first key difference can be observed in color. Mirin has a golden to light amber color with a thick consistency.

The rice vinegar is generally sour and has a subtle sweet flavor. On the other hand, mirin is sweet flavored and was considered a drink 100 years ago.

The rice vinegar is high in acidic flavor as compared to mirin. Mirin also gives umami flavor, which enhances the taste of any dish. If mirin has sweetness, then rice vinegar has a little bitterness.

Both rice vinegar and mirin have fermented rice as the main ingredients. However, rice vinegar takes longer as the bacteria break down the sugar and converts it into acetic acid, which is responsible for the bitter taste. In the case of mirin, a unique sweetness and scent are yielded during the breakdown of the starch.

Mirin is used to add umami flavor to any dish. It adds depth and gentle sweetness to a dish. Mirin also adds luster and shine to the dish. It also helps to eliminate the smell of certain food items. The use of mirin can drop down the boiling point and lock the umami flavor as well.

When it comes to rice vinegar, it is often used as a key ingredient in making pickles. It is also used to season sushi rice and dress salads. Rice vinegar tenderizes any food items; hence it is best to use in marinades.

Nutritionally they both are low in calories. However, mirin is high in sodium and sugar compared to rice vinegar. Rice vinegar has nearly zero carbs, but mirin also contains some carbohydrate content.

Mirin has alcohol as well, but there is no alcohol content in rice vinegar.

Top dishes to make with mirin

Sushi dipping sauce generally has soy sauce as the star ingredient, but you can add mirin to it to elevate the flavors. Mix mirin with soy sauce and other ingredients, and you can have a new and creative sauce within a few minutes.

Japanese fusion meatballs with mirin is another creative dish. Add mirin with soy sauce, ginger, and minced garlic, and marinade it with chopped meat. After mixing well, make round meatballs and cook them. Serve it with hot soba noodles.

Ramen eggs are usually served with Ramen noodles. Mix soy sauce, mirin, sake, and sugar to make ramen eggs. Boil them until the salt dissolves. Submerge the boiled eggs into the boiled marinade. Leave for 8 hrs. Or overnight. Serve it with hot ramen noodles.

Mirin salmon or salmon mirin zuke is a classic and simple Japanese dish. The salmon fish is covered with a mix of mirin, soy sauce, and sake for around 2 days and then baked until the fish is cooked. You can serve it with steamed rice.

Pan-roasted glazed salmon is an easy and fulfilling side dish. Make a sauce by boiling soy sauce, rice vinegar, and orange juice. Bake the salmon by seasoning it with salt, pepper, and sesame seeds. Pour the sauce over the baked salmon.

Boil the chicken and shred it in a bowl with finely chopped cabbage, lettuce, and cabbage. Pour the dressing and add crunchy noodles over it. Season it with sesame seeds.

Cucumber salad is a very easy salad made with rice vinegar. Cut the thin slices of cucumber. Add 3 tablespoons of rice vinegar, sugar, sesame oil, and salt. Mix them well. Garnish it with chopped green onions and roasted peanuts.

Rice vinegar basting sauce is a delicious and flavorful basting sauce. Add rice vinegar with sugar, ketchup, soy sauce, garlic, ginger, and cornstarch. Put them in a pan and stir; cook them for a few minutes until it thickens. Allow it to cool for basting.

Vinaigrette salad dressing is another flavorful dressing for salads. You need some extra virgin oil mixed with rice vinegar, black pepper, and salt. Mix them well in a mason jar, and it is ready to use.

Mirin Vs. Rice Vinegar | Which is healthier?

It also can help in weight loss and prevent the building up of cholesterol. One can have radiant skin and improve their skin quality.

Mirin Vs. Rice Vinegar | Which is tastier?

Mirin is sweet with an alcoholic flavor, whereas rice vinegar is sour and acidic. It can be clearly noted that rice vinegar tastes better and is used to bring out the dish’s flavors.

The sodium content of rice vinegar is less, so it can be used to cut down the extra salt in the dish.

Mirin Vs. Rice Vinegar | Which is versatile?

As rice vinegar is low in sodium and sugar, it is more versatile as it will not change the final flavor of any dish if used in appropriate amounts.

Rice vinegar can also be used as a substitute for mirin by just adding a little sugar.

Mirin Vs. Rice Vinegar | Which is better?

Considering the health and taste factors, rice vinegar is better than mirin. Zero presence of alcohol in rice vinegar as compared to mirin also makes it better.

One can clearly choose rice vinegar over mirin and enjoy its savory flavor.

You have finally reached the end of the discussion, and I am sure you have gained some essential and uncommon information about mirin and rice vinegar.

While mirin is a little sweet, rice vinegar will give the perfect sharpness to your dish. If you found this discussion on mirin vs. rice vinegar helpful, let us know in the comments. Until then, pour some rice vinegar and add sourness into your life. See you next time.

Can we switch between mirin and rice vinegar?

It is advised not to interchange these two. However, rice vinegar can be used instead of mirin in some specific dishes.

Can we add rice vinegar and mirin to your diet?

Yes, they are both safe, and rice vinegar has some good benefits.

How to store mirin and rice vinegar?

Mirin and rice vinegar should be stored in a cool and dry place away from the sunlight.

Apurva lives only for one thing, FOOD. She is always keen to know about the blend of ingredients used in different dishes. Her articles are insightful and creative.