Mexican adobo sauce is perfect for any kind of Mexican cuisine. The sauce has got a spicy flavor and was originally used to preserve meat. 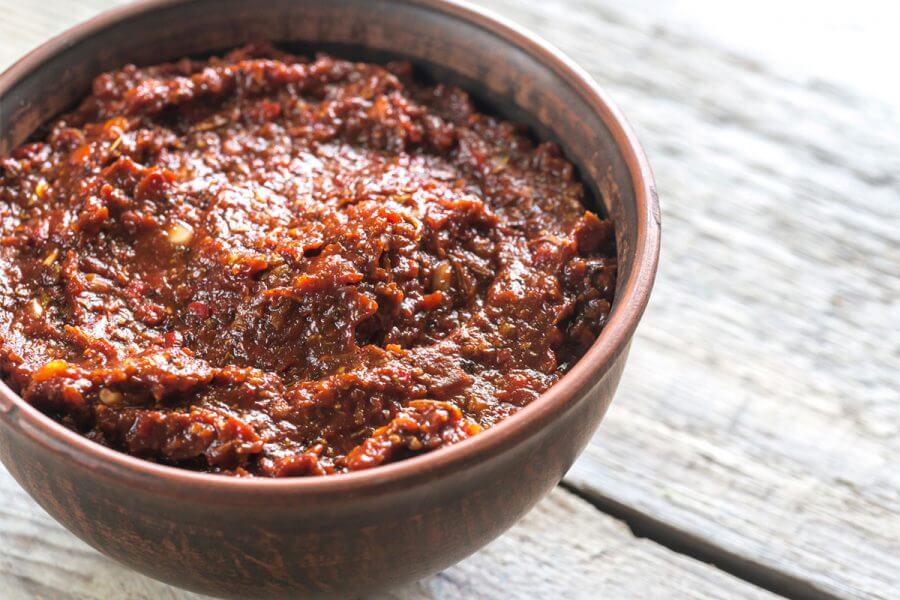 The sauce is mainly made from chili powder, garlic, vinegar and other spices. I first tried the sauce at a Mexican restaurant and really loved it. So, I asked the chef for the recipe and he told me everything that I needed to make the sauce at my home.

Mexican adobo sauce can be made by creating a paste of Ancho Chile powder. Now, roast the garlic and blend it with chile powder paste, pepper, oregano, cumin, vinegar, cinnamon and salt. Refrigerate and serve.

I hope you got an idea about the recipe, but this was just an overview of the recipe. So, don’t forget to check out the detailed recipe below. Before that, check out the other sauce recipes as well.

1. Lemon Curd– Whether it’s cakes or scones, this recipe of lemon curd will amplify the taste of the food. It’s so delicious, tangy and creamy, that it just melts in your mouth, the moment it comes in contact with your taste buds.

2. Famous Dave’s BBQ Sauce– This copycat recipe has an intake of many ingredients but when combined, they make an awesome barbecue sauce. The recipe adds a sweet and hot flavor to your food.

3. Melba Sauce– Whenever I think of making something from raspberries, melba sauce is on my priority list. This sauce is an awesome add-on for waffles, ice cream and pancakes.

4. Little Caesars Buttery Garlic Dipping Sauce– Looking for the secret Little Caesar’s buttery garlic dipping sauce recipe? Then, I could definitely help you by sharing how the brand makes their garlic sauce in a few easy steps.

How much time it will take:

How to Make Mexican Adobo Sauce at Home | Video

Now that you know the recipe, it’s your turn to make the sauce. Please don’t forget to post your feedback in the comment section below.