I remember when I visited New Zealand for my cousin’s wedding last year in March. It was my cousin’s bachelor’s party in an Irish club and there and I saw the menu card and ordered their special dish which is Meat Pie. After I got my order, I took the first bite of Meat Pie and it was like a burst of tasty things on my tongue. 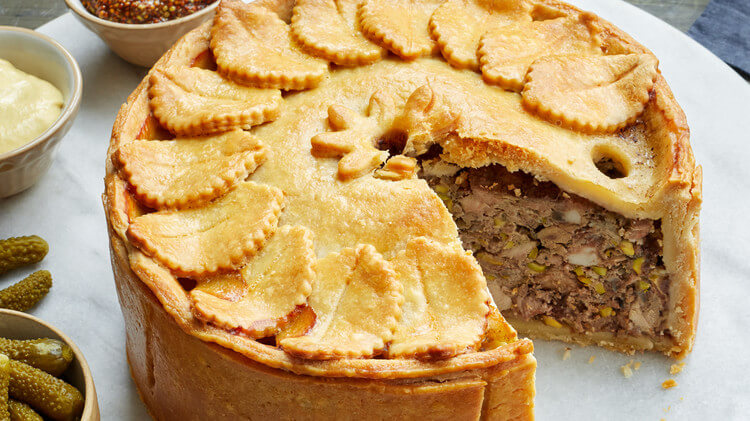 I found it so tasty that I ordered one more to eat.

She said: In the medieval period Meat Pie is popularly known as ‘Pye of Coffins’ and after some time people called it as ‘Pie’.

Today, I am going to share delicious Meat Pie Recipe Of my aunt’s friend with my lovely people. But first, I’ve mentioned some other cherry pie recipes that I think you should definitely try at your home.

1. Shepherd Pie– Make this super yummy Shepherd Pie made with beef at your home with this easy recipe. You can have it for breakfast, lunch or dinner; whenever you want it to.

2. Seafood Pie– The good thing about this pie is that it is very adaptable- add your favorite seafood and dial-up or down the creaminess by adjusting the amount of cream.

3. Chicken Pot Pie– Have you ever imagined pie in a pot? If no, then you should definitely try this chicken pot pie. It is a pot pie that includes a variety of fillings like meat, vegetables, and gravy.

4. Pork Pie– Traditional pork pies have their origins in England. They are basically an upgraded version of meat pies and people love them so much because of their amazing and rich taste. It has pork and beef, which makes it high in protein and calories.

How Much It Will Take?

How to Make Meat Pie at Home | Video