Skip to content
131 shares
Jump to Recipe Jump to Video 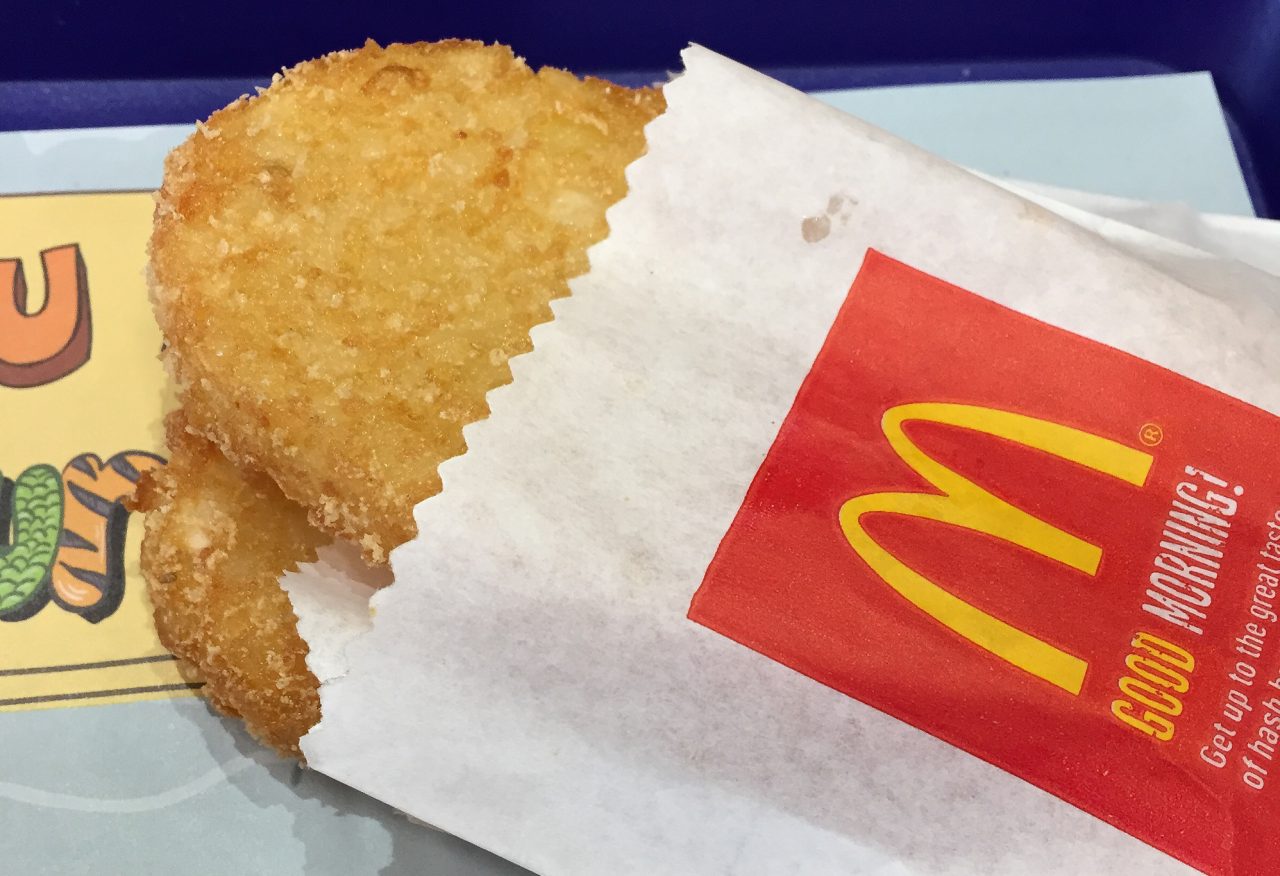 To make Hash Browns, grate potatoes and fry them over low heat. Strain off the excess oil and season it with salt, pepper, and cornstarch. Shape these potatoes and freeze them for 2 hours. Then, fry the frozen hash browns for 10 minutes again. Before you know it, crispy hash browns will be ready!

This cooking method will soften the potatoes and expand the starches on the exterior. It will also create a crispy and firm texture. Frying your hash browns twice will not let it get soggy and mushy. Instead, you get fine crisp and crunchy McDonald’s hash browns.

The most important step to making this copycat recipe is to take out the starch and moisture completely. I have shared the complete instructions on how you can do so and make perfect hash brown just like McDonald’s. But before getting the instructions, check out our other copycat recipes below.

3. McDonald’s Holiday Pie – McDonald’s holiday pie is a small parcel of crumbly, crispy, and creamy holiday pie. It tastes delightful and prepared in no time. Glazed with sprinkles the holiday pie looks appetizing and delicious.

What Equipment Will You Need To Make McDonald’s Hash Browns?

How Much Time Will You Need To Make McDonald’s Hash Browns?

What Ingredients Will You Need To Make McDonald’s Hash Browns?

Take russet potatoes, grate them nicely. Wring the cloth and strain off the excess water from potatoes. Put them on a dry cloth and let them dry for a minute. Then, fry the grated potatoes over medium heat. This will soften the potatoes and expand the starches on the exterior. Strain off the excess oil and then, in a bowl, add grated potatoes, salt, black pepper, and cornstarch. Mix it well with a spatula.

Now give your potato mixture the shape of hash browns with the help of a small bowl. Gently, press your hash browns with your hand. Put it in the refrigerator to achieve a firm structure. After an hour, take out the hash browns and put them in a skillet to deep fry. You can deep-fry, shallow-fry, or simply bake them. I chose to deep fry as it yields a better and crispy texture.

Perfectly browned and crispy McDonald’s hash browns are delicious. The texture of hash brown is firm and crunchy. Moreover, it is crisp on the outside and melting soft from the inside. I have done my part. Now, it’s your turn to make these crispy hash browns at your home. Make sure to tell your experience in the comments section below. Also, mention any suggestions or queries you might have. I’ll be happy to help you. Till then, happy eating!