Janet’s banana bread is a loaf of delicious and moist banana bread. It is really easy to make and gets ready in less than an hour. It also has nuts which make for a very interesting texture. 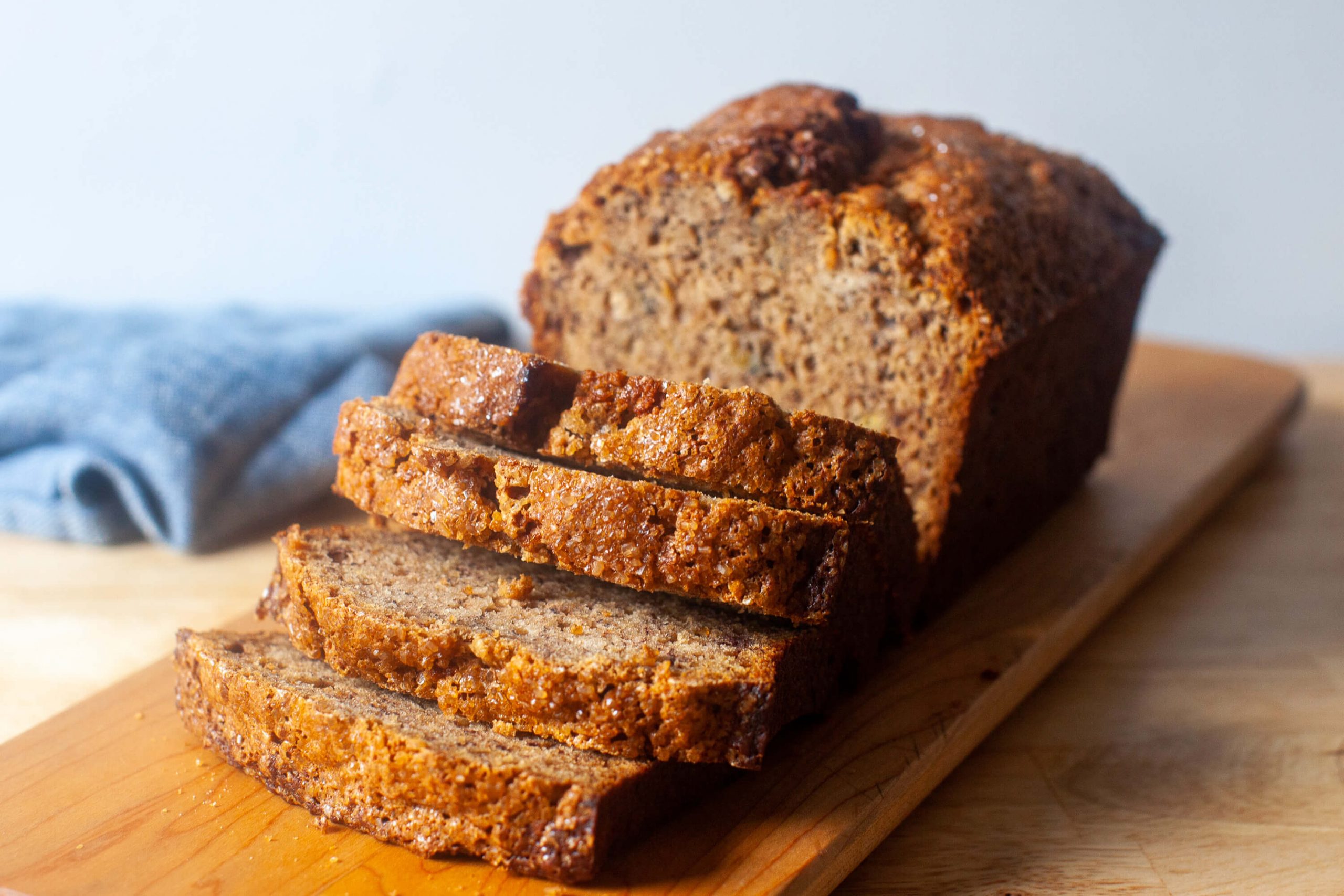 Janet’s banana bread is different from classic banana bread. It uses sour cream, which gives the bread a sour touch. It also makes it moist and spongey. It doesn’t use mashed ripened bananas. It uses sliced bananas that give a more concentrated banana flavor to every bite.

To make Janet’s banana bread, mix sugar and melted butter in a bowl. Put eggs and vanilla and mix well. Also, add flour, baking soda, and salt as well. Mix well and then fold in sour cream, walnuts, and bananas in the batter. Pour the batter into a loaf pan and bake for about an hour. Take it out and let it cool for some time. Your Janet’s banana bread is ready!

1. Buttermilk Cornbread– Cornbread is a form of bread that is more fluffy, spongy, and has a sweet aroma. This bread is a famous American cuisine that is a standard American breakfast.

2. Classic Banana– Banana bread is the old times’ classics. It is probably one of the most famous bread recipes out there. Everyone loves banana bread and should learn how to make one. Fortunately, it’s quite easy to do.

3. Grilled Dark Chocolate Sandwich– Both simpler and more decadent than a chocolate croissant, a grilled chocolate sandwich is a marriage of bread and chocolate in which the two components are evenly matched.

4. Paneer Sandwich– Paneer Sandwich is a simple, easy and tasty sandwich that can be made for breakfast, evening snacks, or for a light lunch or dinner.

How to Make Rich Janet’s Banana Bread at Home | Video