Hershey’s rainbow bhel canape is an enhanced version of ordinary bhel. You are really going to love it as it contains Hershey’s syrup. In this post, let’s see how you can make the recipe at your home. 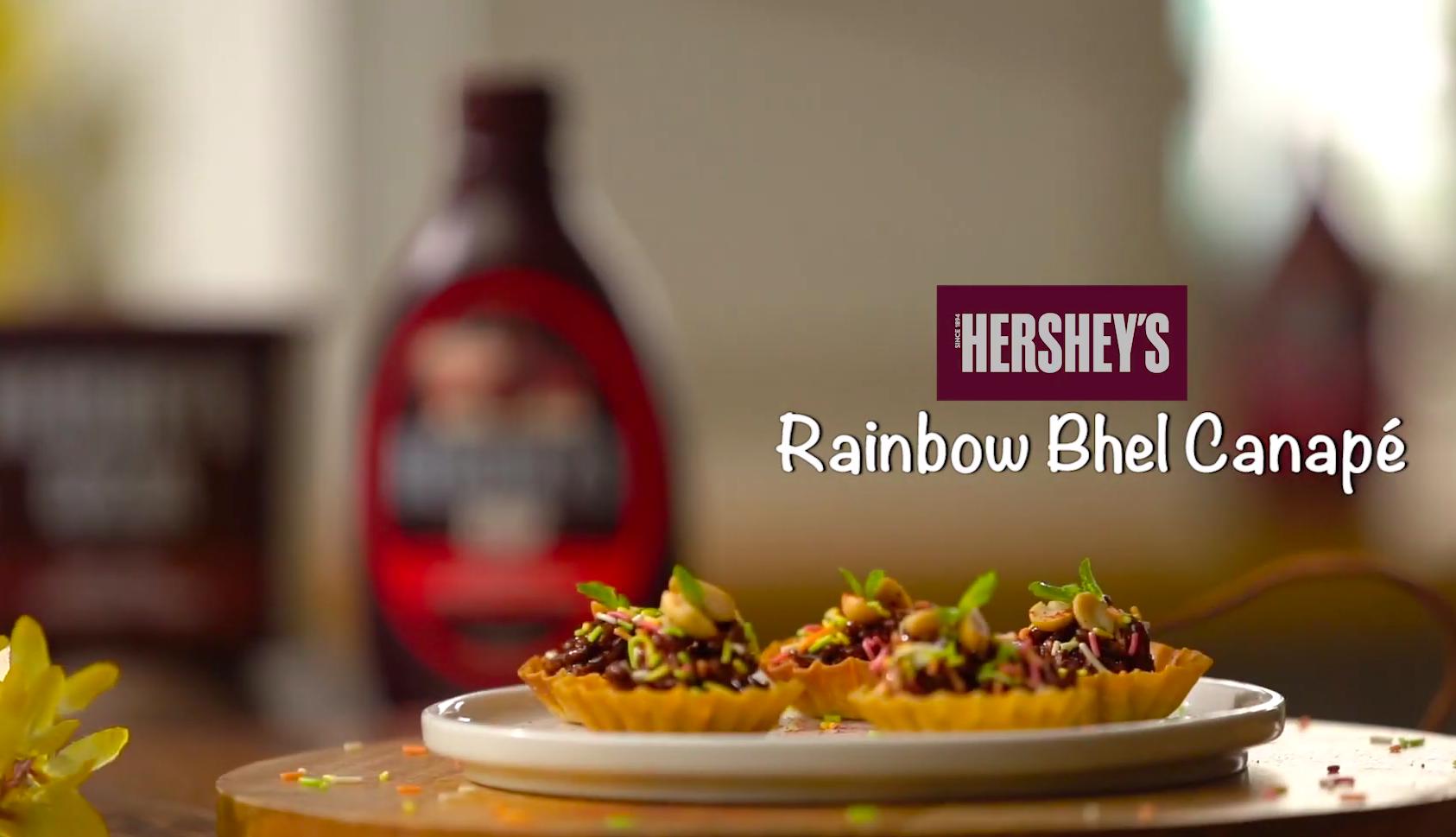 Bhel or bhelpuri is a type of chaat which is very famous in the Indian subcontinent. There are various ways of making it. The recipe is very easy to make and a time-efficient snack. Canape is a small decorative food that makes the bhel more luscious.

Now, let’s get started with the detailed recipe. But do check out other recipes made with Hershey’s syrup.

1. Hershey’s Apple Pie Gujiya– You must have eaten different varieties of gujiya at home or during festivals. But this gujiya recipe has a tinge of Hershey’s caramel and fruity flavor to it. Isn’t that interesting?

3. Hershey’s Nachni Choco Halwa Fingers– Nachni or Ragi is referred to as the predominantly used millet in Indian cuisine. Found in dry regions of states like Andhra Pradesh, Karnataka and Maharashtra, ragi is a Kannada name that means red millet.

How to Make Hershey’s Rainbow Bhel at Home | Video

Now, make the recipe for your loved ones and make them happy. Don’t forget to tell us your experience with the recipe in the comment section below.