You must have eaten different varieties of gujiya at home or during festivals. But this gujiya recipe has a tinge of Hershey’s caramel and fruity flavor to it. So, let’s see how you can make the recipe at your home. 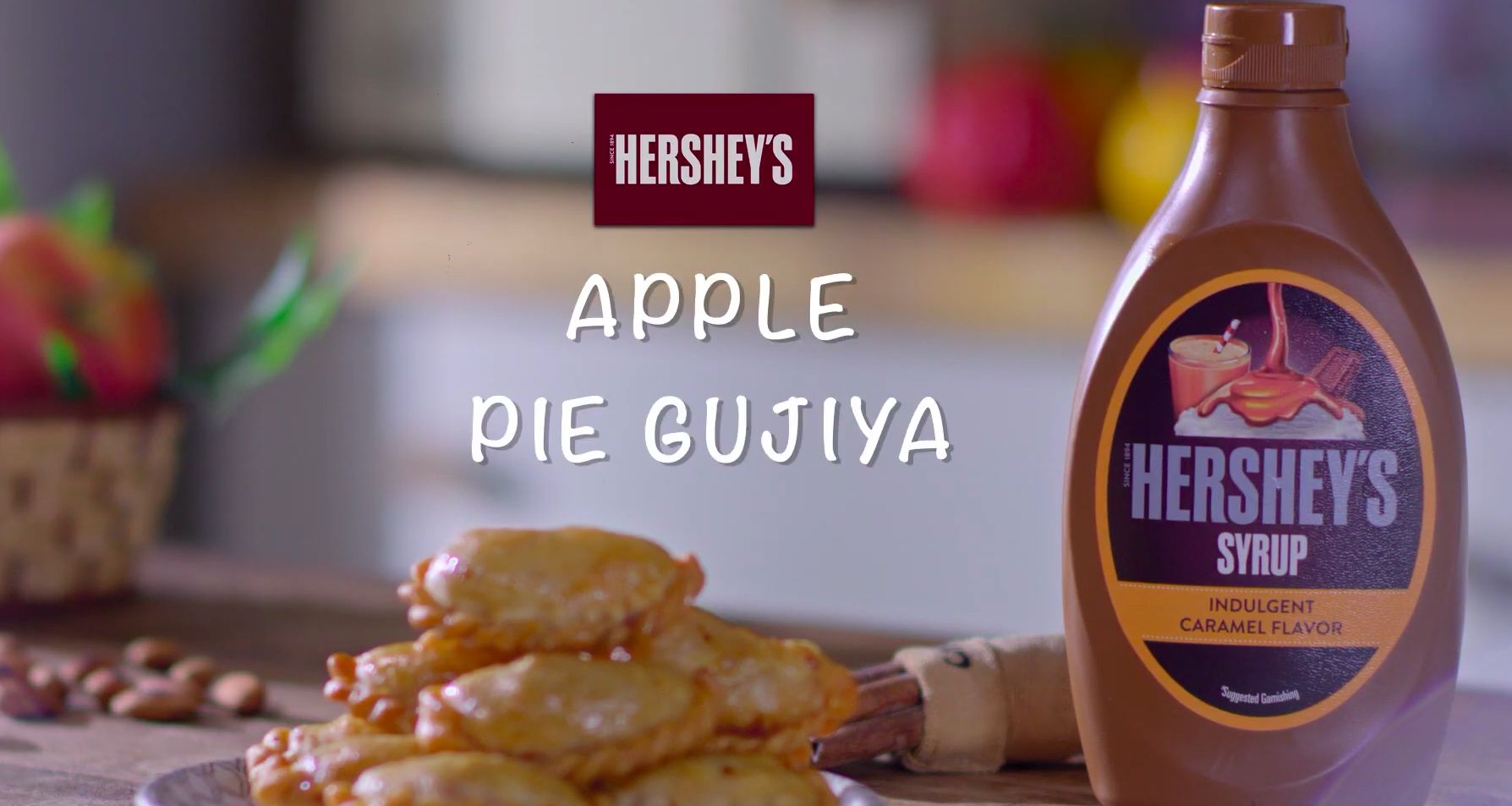 Stuffing apple pie into gujiya will make it more healthy and delicious. The recipe is perfect for festivals and special occasions. When you add Hershey’s syrup to the recipe, the flavors enhance even more. Now, let’s have a quick overview of the recipe.

Now, let’s check out the detailed recipe. Also, do check out other recipes made with Hershey’s syrup.

3. Hershey’s Ragi Choco Dosa– This Ragi choco dosa recipe is somewhat different from other dosas. You must have eaten a variety of other dosa dishes. But have you eaten one with ragi as well as flavored chocolate syrup from Hershey’s as its major ingredients?

Note: Use water, oil and salt as per the requirement.

How much time would it take?

How to Make Hershey’s Apple Pie Gujiya at Home | Video

This was all from my side and now it’s your turn to make the recipe at your home. Please share your suggestions in the comment section below.