Are you a Mumbaikar and living away from Mumbai craving for Vada Pav, but you don’t know from where you will get one? In this article, I will tell you about Goli Vada Pav. 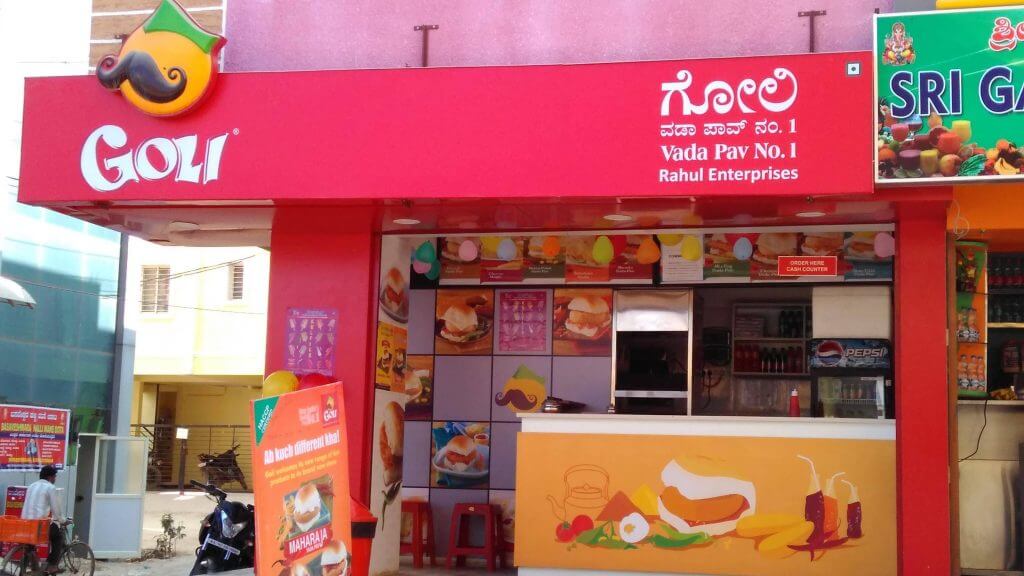 Goli Vada Pav’s menu is prominent for the wide variety of vada pav. They mainly serve different types of vada pav on the menu, such as crispy, maharaja, paneer supreme and crunchy harabhara vada pav. You can also order sides on the menu such as goli chatakha fries, sabudana vada and goli cheese corn balls.

Venkatesh Iyer is the founder of Goli Vada Pav. He started Goli Vada with a dream to make vada pav the pride of the nation and started a fast-food restaurant chain which is specialized in vada pav in 2004.

People who don’t want to eat vada pav can also go to Goli Vada Pav because they serve other eatables like desserts, tea, kulfi and other things. The staff of Goli Vada Pav is very kind and helpful, with a smile on their face.

Also, check out the official Faasos menu with prices

To check the nutritional information click of the items present on the Goli Vada, click on the link I’ve mentioned above.

Goli Vada Pav has more than 350 franchised store in more than 21 states and covers around 100 cities of India. If you want to open a Goli Vada Pav store, then this is how much it will cost you.

Watch the Review of Goli Vada Pav at Home | Video