Are you planning to have a cupcake to make a crappy day feel less awful? Gigi’s Cupcakes is just the place to pick you up. In this post, I present to you, a detailed menu of Gigi’s Cupcakes along with prices. 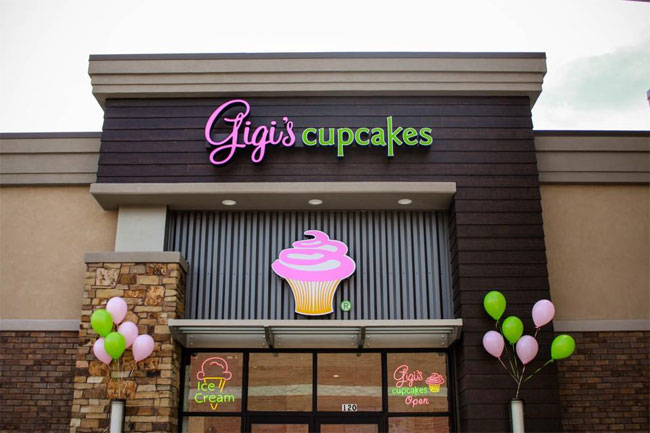 Gigi’s Cupcakes menu includes a huge variety of cupcakes such as wedding cake, blueberry lemon, Scarlett’s red velvet and white midnight magic chocolate chip. If you don’t like cupcakes, then you can also try out the cheesecakes and macarons.

Gigi’s Cupcakes is an American-based bakery chain that was founded by Gina ‘Gigi’ Butler in 2008. With her strong passion for baking and learning secret family recipes. She opened the first Gigi’s Cupcakes store in Nashville, Tennessee.

But things didn’t go as she planned in the first place. All the banks refused to give her loans and she ended up opening the first store with the money from her personal credits, which left her with $33 in the end.

But after all this struggle, Gigi’s Cupcakes is one of the most renowned cupcake serving brands in the United States and the biggest cupcake franchise in the world.

Gigi’s Cupcakes menu includes a wide range of cupcakes on their menu. Aside from the cupcakes, their menu also features cheesecakes and cookies as well.

All of their products are freshly baked on a daily basis. Most of their items are hand-decorated with cream and other stuff. They have a great choice of products to suit every occasion.

The Gigi’s Cupcakes menu prices are very much reasonable as their cupcakes would cost you around $3 to $4. So, without waiting, let’s check out the latest Gigi’s menu with prices.

Also, check out the latest Krispy Kreme menu with prices.

To check the nutritional breakdown of the items present on the Gigi’s Cupcakes menu, you can visit the link mentioned above.

Gigi’s Cupcakes has around 100 stores all over the United States. So if you want to open Gigi’s Cupcakes store, then this is how much it will cost you.