You guys must have known that the Five Guys menu includes cheeseburgers, genuine style franks, vegetable sandwiches, barbecued cheddar sandwiches, and many more items. But have you ever heard of the Five Guys secret menu? 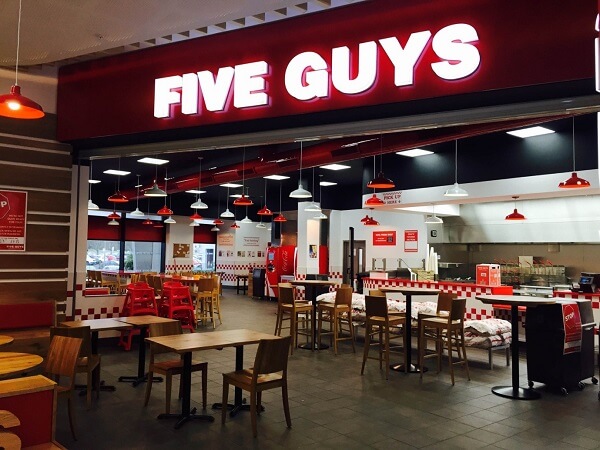 If not, then you are missing on a lot of secret food items. So in this article, I will tell you the latest Free Guys that their employees are not allowed to share. The Five Guys secret menu isn’t something that is new. The menu has been floating on the internet for years but the Five Guys staff will never tell you about this

So let’s check it out.

The reason why this burger got the name of Presidential Burger is because of Barack Obama. During his reign as the President, Obama used to visit Five Guys to order a cheeseburger with lettuce, tomato, jalapeño peppers, and mustard.

Have you ever get confused between a hot dog or a burger? If yes, then The Artery Annihilator is the perfect choice for you. It is a combination of a bacon hot dog and a bacon cheeseburger. To order it, ask for a bacon cheeseburger with a halved hot dog served on top.

The Double Grilled Cheeseburger is a giant creation present on the Five Guys secret menu. This burger consists of a number of patties (the limit doesn’t exist) with double meat and cheese sandwiched between two grilled cheese sandwiches.

Do you want to enjoy the taste of a burger without the added carbs from a bun? Well, If yes, then Five Guys secret menu has a solution for you and its called Burger Bowl. You can get as many toppings as you want and it’ll come in a tin without the bun.

Patty Melt is a combination of two of the famous items from the Five Guys menu- a grilled cheese and a burger. The thing that makes this sandwich so much better is that it is served inside a Texas toast bread. To order this, you just have to ask grilled cheese with a burger patty inside, plus any toppings you’d like.

You can have a taste of Sloppy Joe sandwiches at Five Guys as well. Just order a burger topped with grilled green peppers, grilled onions, ketchup, & BBQ sauce.

Do you want an extra-crisp in your fries and for that, you want your fries to be cooked for some extra time? If yes, then you can do it in Five Guys by ordering some Extra Well Done Fries.

Melted cheese with French Fries is one of the best things that you can order from the Five Guys secret menu.

Chicago Style Hot Dog is a must-have for you if you are a Hot Dog lover. Order a beef hot dog topped with tomato, relish, pickles, hot sauce, mustard, and green peppers.

If you’ve never got a chance to visit In-N-Out and eat their delicious burger, then you might not have to visit In-N-Out to try it. Just visit a Five Guys near you, order a regular cheeseburger and add the grilled onions, lettuce, tomato, and pickles. And for own version of In-N-Out sauce, take Mayonnaise, Ketchup, and Mustard in a cup and stir them.

How to Order from Five Guys Secret Menu?

Ordering from a secret menu is a very easy task but sometimes, you can’t just go to Five Guys store and directly ask an employee about the secret menu. So if you want to order any of the items that I mentioned above from the Five Guys secret menu, then this is how you can do it.

But what if, the Five Guys employee is not allowed to share the secret menu with you? Then you can use the below-mentioned technique.

2) Just visit a Five Guys restaurant and assume that there is no secret menu. Just order any regular item from their regular menu. But while ordering, ask the employee about how much toppings or fillings you can add.

4) But if the employee disagrees with the modifications to the food, then don’t argue with him/her. Because it can be Five Guys policy to not share the secret menu information with anyone.