Crown Royal is a blended Canadian whiskey brand that was founded in Canada in 1939. But it wasn’t until the 1960’s that Crown Royal became famous in the United States. 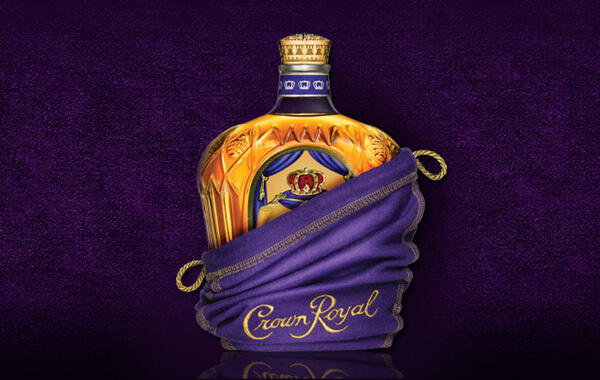 Samuel Bronfman, the president of Seagram, introduced Crown Royal as a tribute to the royal visit by King George VI and his wife, Queen Elizabeth. And it was in 1964 that the drink made its debut in Canada.

Crown Whiskey prides itself on using local ingredients. A majority of the ingredients used in the whiskey are corn, rye, and barley. The water used is from Lake Winnipeg, which is naturally filtered by a layer of limestone resting beneath the lake. This is what gives Crown Royal its smooth and signature taste.

The Crown Royal prices depend on the size of the bottle you are buying. The company usually manufactures a 750ml and a 1.75ml bottle. You can get the Crown Royal Whiskey from any of the big supermarket brands like Walgreens, Walmart, Sam’s Club, Target and more.

So without more, let’s check out the latest Crown Royal prices.

Similar to other whiskey brands, Crown Royal also has a variety of drinks like Blender’s Mash, Deluxe, Rye, Reserve, Apple, Peach, Honey and many more. I’ve made a list of all the varieties and mentioned them below.

Crown Royal Blenders’ Mash showcases the warm vanilla and subtle oaky notes of our beloved corn-heavy whiskeys. Blender’s Mash showcases a classic whiskey style but with the famous smooth finish, allowing the whiskey to stand on its own.

Crown Royal Black is a rich and flavorful blend of Canadian whiskey. All the signature smoothness of Crown Royal, matured in charred oak barrels and blended at a higher proof for a richer texture and bold finish.

Master Whisky Blenders have hand-selected the whiskeys with the body and taste that were necessary for achieving the exceptional depth of Crown Royal Reserve. The end result is their gift to Crown Royal enthusiasts: a creamy, rich, reserve-grade blend, flush with sharp clove, and cinnamon top points of rye.

Crown Royal XO furthers the signature blend from 50 of our finest whiskeys and then finishes them in cognac casks. Resulting in both an extraordinarily complex and smooth expression, Crown Royal XO is an elegant whiskey that is deliciously balanced with hints of vanilla, spice and rich dry fruit.

Taste the rarest in our extra rare whiskEy series, handcrafted with a unique blend that includes one of the final batches of whiskeys from the renowned LaSalle distillery. Experience its sophisticated blend of dried fruits and honey in a harmonious balance with spicy notes of Canadian rye, finishing in a lovely, round taste of raisins, cocoa, and brown sugar.

Crown Royal Peach Flavored Whisky is a new Limited Edition from Crown Royal, bringing some juicy sweetness to your summer season. To create this extraordinary blend, Crown Royal whiskeys are carefully selected by our master blender and infused with the juicy flavor of fresh Georgia peaches. The result is a vibrantly delicious whiskey, bursting with the luscious flavor of peach and the distinctive smoothness of Crown Royal. Enjoy Crown Royal Peach Whisky on the rocks or mixed with iced tea for a refreshing tasting cocktail.

Crown Royal Texas Mesquite is a blend of Crown Royal Deluxe infused with the smoky soul of locally sourced Texas mesquite wood. The result is a unique flavor that is smoky and spicy with the distinctive smoothness of Crown Royal.

To create this extraordinary blend, Crown Royal whiskeys are carefully selected by our master whiskey blenders and infused with the rich flavor of Madagascar Bourbon Vanilla. The result is a uniquely sophisticated whiskey, bursting with the bold flavor of vanilla and the distinctive smoothness of Crown Royal.

To create this extraordinary blend, Crown Royal whiskeys are hand-selected by our master whiskey blenders and infused with Regal Gala Apples and apple flavors. The result is a delicious Canadian whiskey balanced with notes of crisp apple flavor.

The first edition of Crown Royal XR contained the final batch of aged whiskeys from the legendary Waterloo distillery and is a very rare find – it is no longer in production.

To create this extraordinary blend, Crown Royal whiskeys are carefully selected by our master whiskey blenders and infused with the subtly sweet taste of honey. The result is a vibrantly delicious whiskey with the sophisticated and distinct smoothness of Crown Royal.

The first limited release from the Crown Royal Noble Collection. A superior blend of our three most essential whiskeys, notes of sweet caramel, rich toasted grains and aroma of ripe fallen apples. An extraordinary gesture for an extraordinary few.

Crown Royal Maple Finished Whisky is an exceptional blend that combines maple flavor with the distinctive smoothness and character of Crown Royal blended whiskeys. The blend is then finished in maple-toasted oak to deliver a uniquely smooth experience.