Although not a very popular ingredient in the United States, you must have heard of crème fraîche at some point. It adds a lovely creamy texture to various recipes and helps to thicken too. Today, let us discuss the best crème fraîche substitutes. 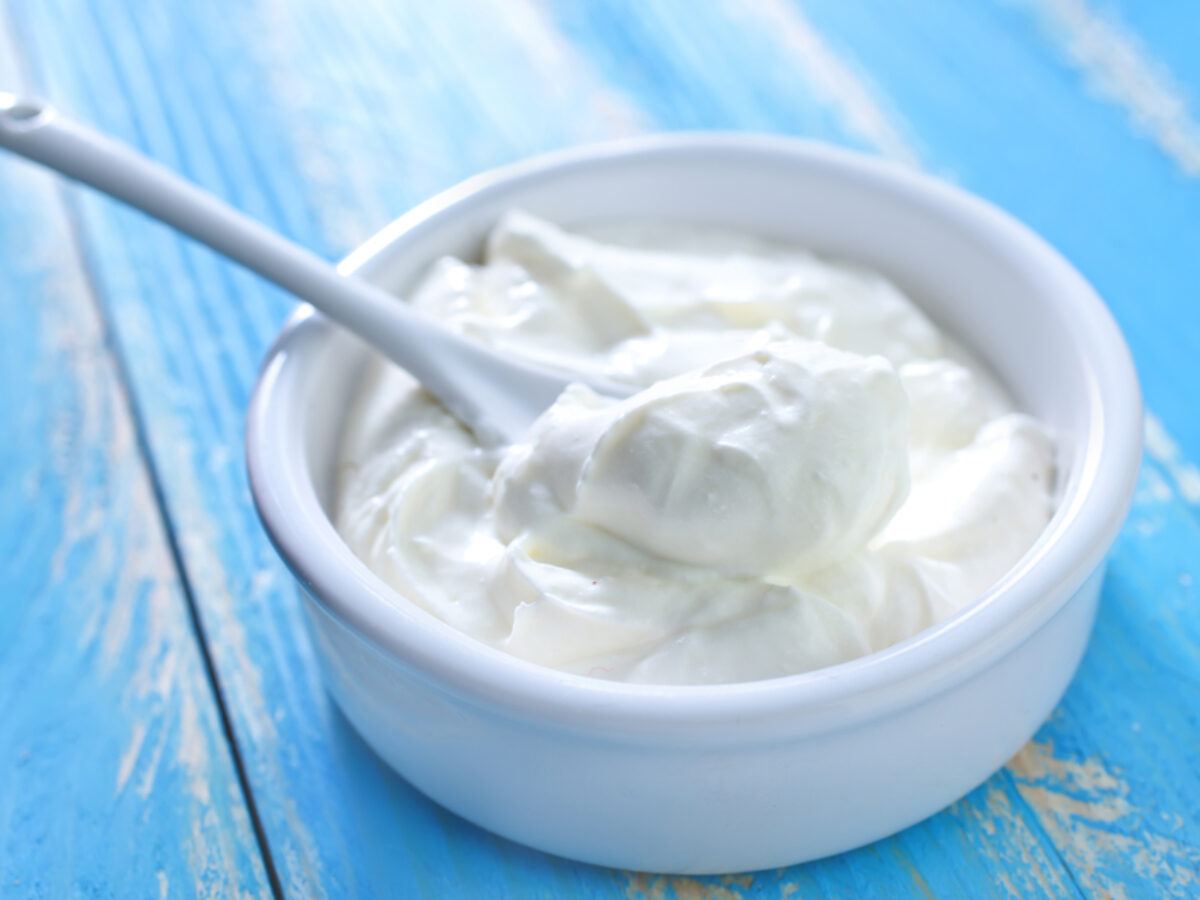 You may have never used it before, but a certain recipe you have been waiting to try out does demand it. In this situation, if you aren’t able to find crème fraîche at any grocery store near you, there is no need to worry! There are some substitutes to the rescue!

However, before I start discussing the substitutes with you, let me help you understand crème fraîche better. This will give you a better understanding of this ingredient, and it will be easier for you to pick a substitute for the same.

This section has all the information you need on crème fraîche. You will get to know what it exactly is, its flavor and texture, uses, and nutritional information. Read on to explore crème fraîche !

What Is Crème Fraîche?

Crème fraîche is a French word for fresh cream. It’s a dairy product; a cream soured with bacterial culture. It contains 10-25% butterfat. In France, crème fraîche can refer to either a thin liquid cream or thick fermented cream.

However, in other countries, crème fraîche is usually thick fermented cream. It is made by adding a starter culture to heavy cream. This heavy cream is further allowed to stay at an appropriate temperature until it thickens.

The various starter culture bacteria added to crème fraîche give it its distinct taste. This taste differs from various other similar dairy products such as sour cream.

In Europe, the fat content of crème fraîche is regulated, and it generally does not contain any ingredients other than cream and the bacterial starter culture. However, in the United States and the United Kingdom, low-fat crème fraîche is available, with various other stabilizers added.

Crème fraîche has a consistency much thicker than that of regular cream. It has a similar consistency to that of thick yogurt. It is extremely creamy and lush in texture.

However, it can curdle if the crème fraîche is cultured for too long or in a very hot environment while manufacturing.

When we talk about the flavor, crème fraîche is fresh, rich, and creamy with a slightly sour taste. When comparing it to its closest alternative sour cream, creme fraiche has a nutty flavor and is thicker and less tangy than the same.

As it has a fat content greater than 30%, it won’t curdle when subjected to high heat. It is used to add a creamy texture to various sauces and soups. Moreover, it can also be used to thicken various gravy-based dishes.

As far as desserts go, crème fraîche can easily be served with fruit. Moreover, it makes a great addition to serve with various baked desserts such as pies and tarts.

Crème Fraîche On The Health Radar | Looking Through The Wellness Telescope

Crème fraîche does have a lot of calories and fat for sure. However, it also does have certain health benefits. But first, let me talk about its nutritional information. A serving of 28 grams or 1 ounce of crème fraîche has 112 calories, out of which 109 are from fat.

It contains high amounts of saturated fats and cholesterol along with minute quantities of proteins and carbohydrates. It is, however, a great source of vitamin A and calcium. Since it is a good source of calcium, it is good for strong bones and teeth.

Moreover, the vitamin A in crème fraîche helps in keeping body cells healthy. However, regardless of that, crème fraîche must be eaten in moderation. This is considering the amount of cholesterol and total fat content it has.

Why Use A Substitute For Crème Fraîche?

I am sure that this question must have popped into your mind at some point. While crème fraîche definitely is a great ingredient to use, it does have certain drawbacks because of which you can consider using a substitute.

Firstly, crème fraîche is very high in fat content. It also has cholesterol and high amounts of saturated fats. These may be good enough reasons for many to consider using a substitute for crème fraîche.

Moreover, crème fraîche may not be very easily available everywhere. It is not too popular an ingredient in every part of the world. Hence, if it is not readily available around you, using a crème fraîche substitute in any recipe may work wonders.

Lastly, even if it is easily available around you, but you seem all out of it, use a substitute! It will save you a lot of energy from running to the store at the last minute. Most of the substitute options given are probably already present in your pantry!

I think I have given you enough information on crème fraîche. Now, let me help you explore the main attraction of this article, the best substitutes for crème fraîche.

This section has all the best substitutes for crème fraîche. Moreover, you will also get to understand how to use each substitute. So, let’s get started!

Sour cream has a more acidic taste than crème fraîche. Hence, it does bring extra tang to various recipes. Moreover, sour cream can be easily used in both savory and dessert recipes.

However, an important thing to remember with sour cream is that it does not take the heat as well as crème fraîche does. So, be extra careful in any recipe where sour cream needs to be stirred in while the food is still on the stove.

Make sure you take it off the stove before adding the sour cream. This will reduce the chances of it curdling under high heat. Sour cream can be used as a crème fraîche substitute in a 1:1 ratio. Here is the copycat recipe for Cracker Barrel’s hashbrown casserole for you.

The flavor of Greek yogurt is slightly tangy, like that of crème fraîche. Moreover, it also has a thick consistency. This makes it a good substitute for crème fraîche.

Greek yogurt can be used as a substitute for crème fraîche in savory food and desserts. However, while using it in savory food, you will have to follow the same method as sour cream.

Make sure you add the Greek yogurt in the end once the food is off the gas stove. This way, it won’t split because of exposure to high heat. Use it in a 1:1 ratio.

Cream cheese does work as a great substitute in both savory and sweet recipes. It can also act as a great thickening agent for various sauces. If you want the flavor of cream cheese to be more acidic, you can squeeze some lemon juice in the same.

If the flavor or texture of your dish does not match how you would exactly want it, try adding more cream cheese to it, bit by bit. Also, let me tell you about the cream cheese substitutes that you can use in cheesecake.

Although it is thinner in consistency than crème fraîche, Mexican crema has a taste similar to crème fraîche. Hence, it can positively be used as a substitute for creme fraiche.

If used in large quantities as a substitute, Mexican crema won’t really give your food a thick consistency. In that case, try using another option.

Mascarpone is Italian cream cheese. It is much softer than regular American cream cheese and has a thick consistency, similar to crème fraîche. Hence, it can be used as a substitute for the same.

Mascarpone has a sweeter taste than crème fraîche . It is usually used to make Italian desserts. Hence, mascarpone is best used as a substitute for crème fraîche in desserts rather than in savory foods.

While using it as a substitute for crème fraîche, you can use mascarpone in a standard 1:1 ratio. Here is the recipe for the Cheesecake Factory tiramisu for you.

Coconut cream is also a great vegan option for crème fraîche. You can easily use it as a crème fraîche substitute even if you are not vegan or lactose intolerant. However, it does have a very strong coconut taste.

So, if you are looking for a variation in taste, coconut cream is a good substitute option. It can be used in both savory and sweet dishes. Use it as a substitute for crème fraîche in a 1:1 ratio. Here is the recipe for Bacardi coquito that you can make with coconut cream.

To make homemade crème fraîche, all you need is some heavy cream and some buttermilk. Pour one cup of heavy cream into a jar with a tablespoon of buttermilk, cover it using a cheesecloth and let it rest for 24 hours at room temperature.

The buttermilk acts as the bacterial starter culture in this recipe. Once the crème fraîche reaches the desired thick consistency, you can move it to the refrigerator.

This stays fresh for up to two weeks if refrigerated properly. You can use this homemade crème fraîche as a substitute in a 1:1 ratio.

I am sure that by now, you must have gone through all the best crème fraîche substitutes. However, are you still confused about which one would work best in your recipe? In that case, there is no need to worry! I have broken it down further for you. Have a look below!

Most Suitable: Sour Cream is the most suitable substitute for crème fraîche.

Easily Available: Greek yogurt and cream cheese are the most easily available substitutes for creme fraiche.

Best Flavor Profile: Homemade crème fraîche will give the best flavor profile to your food when used as a substitute. 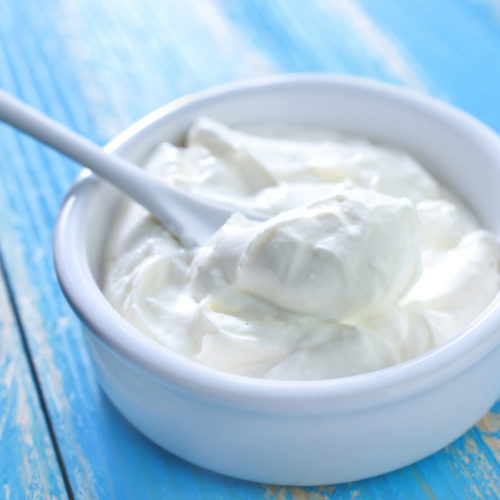 Crème fraîche adds a lovely creamy texture to various recipes and helps to thicken too. You may have never used it before, but a certain recipe you have been waiting to try out does demand it. In this situation, if you aren't able to find crème fraîche at any grocery store near you, there are some substitutes to the rescue!
No ratings yet
Print Recipe Pin Recipe Save Saved!

Now that we have reached the end of this article, I hope you were able to find the best substitute for crème fraîche. Though crème fraîche is a great ingredient to have in your kitchen, it should definitely be eaten in moderation.

This is considering the amount of fat it contains. In case you are trying to cut down on your fat intake, some of the substitute options given are much lower in fat than crème fraîche and are definitely worth considering.

So, the next time your recipe demands crème fraîche and you don’t have any or want to lower your fat content, use one of the substitutes. I am sure it will work equally well, and you will make lip-smacking food!

What is crème fraîche closest to?

Crème fraîche is closest to sour cream in terms of texture and flavor.

What is the difference between cream and crème fraîche ?

Cream is made with the thick fat layer on milk, whereas crème fraîche is made by further fermenting that cream.

What is crème fraîche used for?

Crème fraîche is used in various savory recipes and desserts to add creaminess to them and sometimes also as a thickening agent.

Crème fraîche does contain certain healthy probiotics that are good for the gut, along with calcium and vitamin A.

Crème fraîche does contain a lot of calories and a high amount of fat. It might not be the best thing to eat, if you are trying to lose weight.