gET Your cOOKBOOK
5 shares
Jump to Recipe Jump to Video

The buttermilk French toast recipe has everything that you desire, right from eggs to buttermilk. Simple and easy to make, it requires just about 30 to 35 minutes of your precious time and is definitely worth a try. 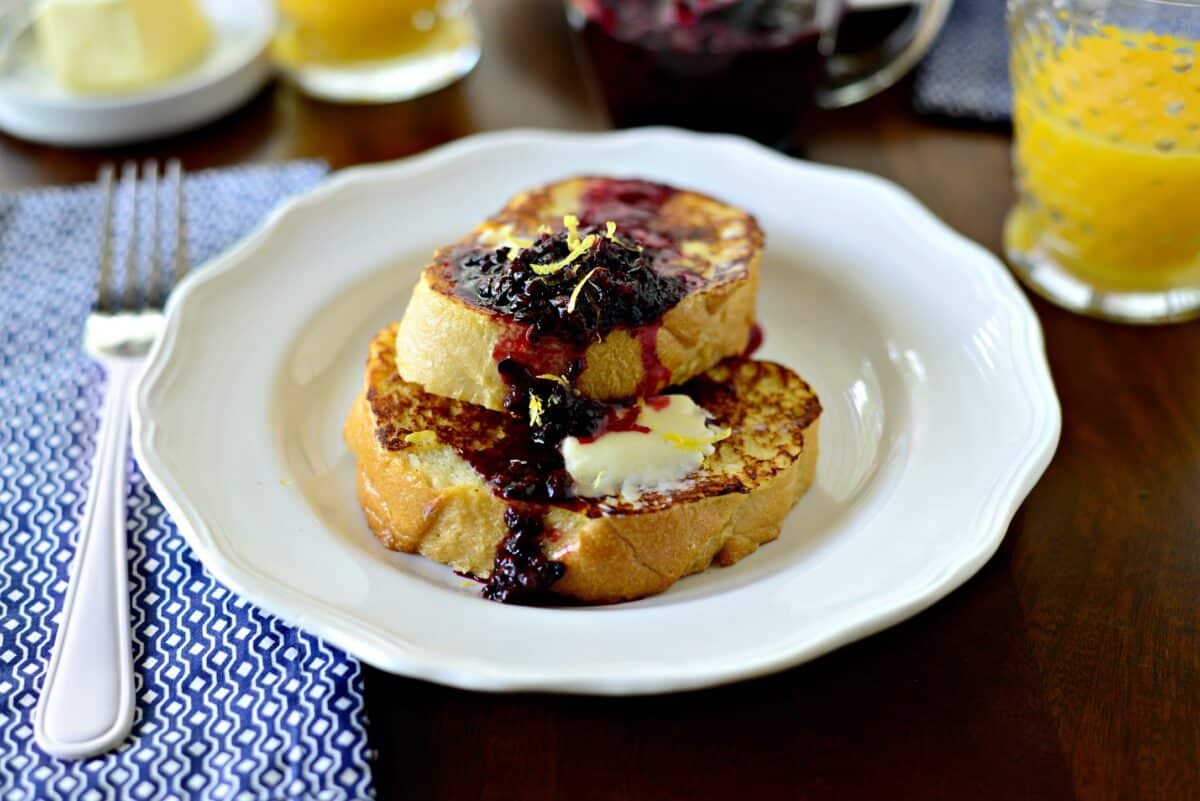 To make buttermilk French toast, mix buttermilk, eggs, sugar, and salt in a large bowl. Place the single layer of bread on a four-sided sheet pan and pour over the buttermilk mixture.

To amp up the taste of your French toast, you can use challah bread or any of the similar bread. Here is a list of best substitutes for challah bread.

This is just a brief summary of the recipe. Find the complete recipe below. Also, there are a variety of breakfast recipes that you can try as well. Do check them as well.

1. Catfish Sandwich– This sandwich has a delicious fried catfish filling covered with spicy tartar sauce. This recipe is a healthy addition to your breakfast.

2. Egg Bull’s Eye– Eggs are one of the best things to have for breakfast. I can’t think of my breakfast without eggs, especially egg bull’s eye. For all the egg lovers, this recipe is a must try.

What Equipment Will You Need To Make Buttermilk French Toast?

How Much Time Will You Need To Make Buttermilk French Toast?

What Ingredients Will You Need To Make Buttermilk French Toast?

Take a bowl and mix buttermilk, eggs, sugar, and salt in it. Take a four-sided sheet pan. Put the bread into it, in one layer.

Pour the buttermilk mixture over the bread. Let the bread absorb all of the liquid, turning its sides occasionally for about 20 minutes.

Place a non-stick skillet over medium-high flame. Add one and a half tablespoons of butter to it and let it melt.

Place 4 bread slices in the skillet. Cook them for about 3 minutes until they become golden brown and puffed from both sides.

Next, place them in a baking pan and put them in a preheated oven (200oF).

Bake them for about 10 minutes. Then, take them out and serve.

How Will Buttermilk French Toast Look And Taste Like?

Buttermilk French toast is easy to make and perfect for brunch! Thick and freshly sliced bread soaked in a buttermilk egg mixture and then cooked to golden perfection with melted butter.

Fluffy on the inside, caramelized on the outside, and a recipe you’ll definitely want to have on hand for any occasion! The buttermilk will add a soft and tasty tang to classic buttermilk French toast.

French Toast is one of our most favorite breakfasts and makes a regular appearance in our home on weekends. Serve with a pat of butter, syrup, fresh fruit, and for a special treat add whipped cream! This buttermilk French toast is golden brown on the outside and fluffy on the inside. An easy brunch recipe to make for a crowd of people. It can be served as a main breakfast course all by itself, or alongside other dishes, such as fresh yogurt with fruits, sausage, bacon and eggs.
4.86 from 7 votes
Print Recipe Pin Recipe Save Saved!
Prep Time 20 mins
Cook Time 15 mins
Total Time 35 mins
Course Breakfast
Cuisine American
Servings 5 people
Calories 294 kcal

What can I substitute milk for in French toast?

Instead of using dairy milk, heavy cream, almond milk, soy milk, powdered milk, or any other milk substitute can be used (hint: Light coconut milk would taste great). This is the best option. However, I suspect if you are searching for how to make buttermilk French toast without milk, you probably don’t have these on hand either.

Should French toast be soft or crispy?

The ideal buttermilk French toast is browned and crispy on the outside and creamy on the inside. It is not dry and it is not soggy.

Why doesn’t my buttermilk French toast get crispy?

It may have been too fresh. This is one of those recipes where stale, dry bread is better. Fresh bread will get too soggy the moment you dip it into your custard. So, give your fresh bread a few hours to a day before using it for buttermilk French toast.

Why is my French toast always soggy?

Buttermilk French toast goes soggy if you’ve used too thin, fresh, and flimsy a slice of bread. Other causes are too much milk in the custard, skim milk, and soaking the bread for too long. French toast will also be soggy if it’s fried at too high a heat, searing the outside and leaving the center underdone.

Serve your buttermilk French toast with pats of butter, syrup and a selection of fresh fruit, bacon and sausages. I would actually say it’s the best way to make French Toast!