Bacardi is a family-owned spirits company in the world. It is founded by the Bacardi family (especially by Don Facundo Bacardí Massó) in 1862 at Santiago de Cuba, Cuba. 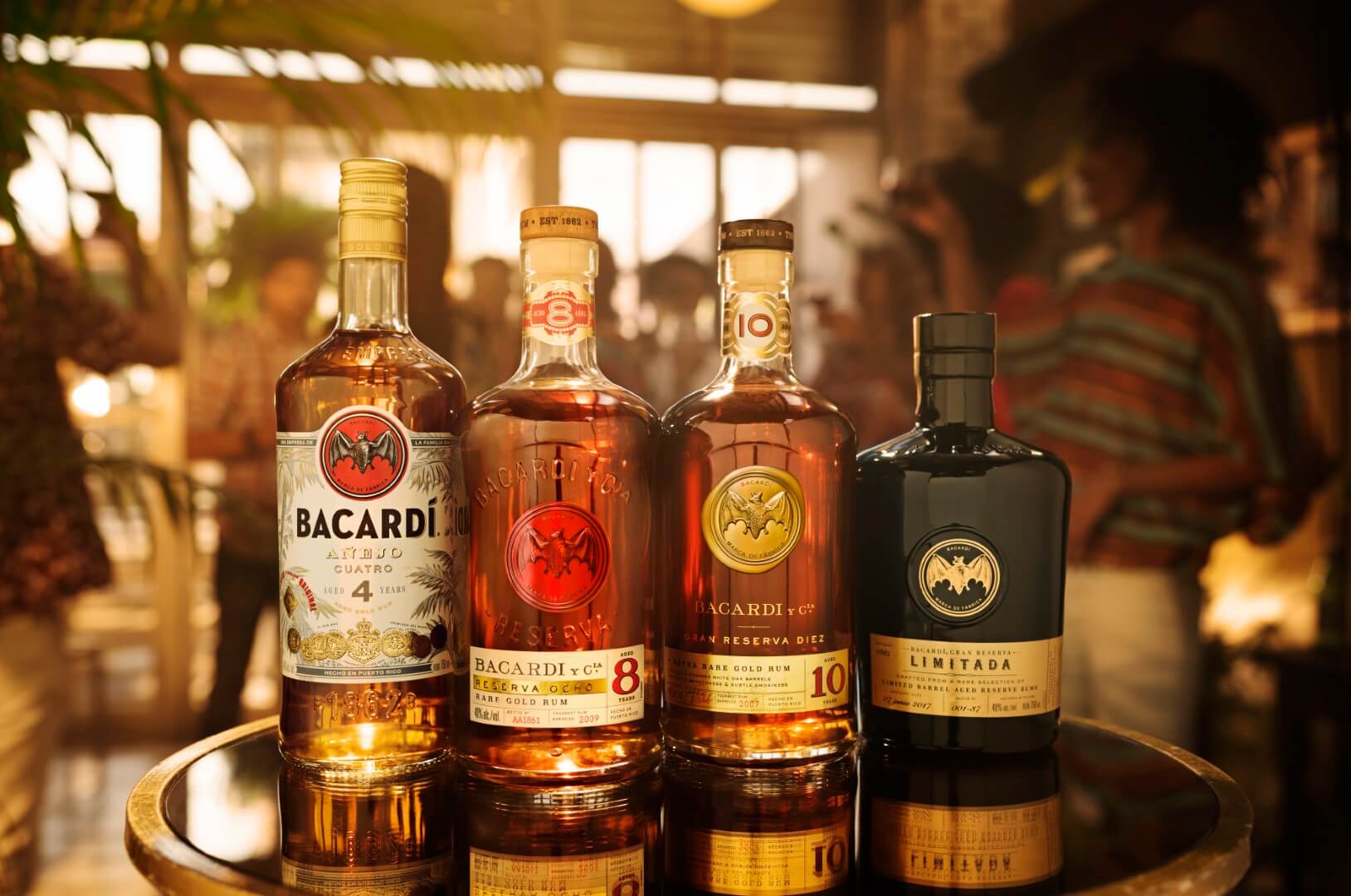 It is one of the biggest rum brands in the world. They have over 200 brands of beverages and they sell over 200 million bottles each year. Some of the brands owned by Bacardi Limited include Bacardi Rum, Dewar’s Blended Scotch Whisky, Bombay Sapphire Gin, Grey Goose Vodka, Cazadores Tequila and Eristoff Vodka.

So if you’ve come to this article, then you must be searching for the latest Bacardi prices. Besides that, I’ll also tell you the varieties of Bacardi nd the mixed drinks you can create using Bacardi Rum.

Bacardi prices depend on the size of the bottle you are buying. Bacardi usually manufactures a 750 ml and a 1.75 ml bottle. And you can buy Bacardi Rum from almost any leading supermarket in the world like Walmart, Walgreens, Sam’s Club, Target, CVS, and Costo.

So without waiting more, let’s check out the latest Bacardi prices.

Below are the latest Bacardi prices.

The Bacardi Rum is also present in various varieties. So I’ve mentioned all of the varieties below.

A half bottle of the new presentation of the world’s best-selling rum, Bacardi Superior white label. First released in 1862, this is a light, delicate rum that works a treat in cocktails such as a Mojito or served long with a mixer and ice.

A delightfully spiced rum from Bacardi – deep and complex, with a delightfully warming edge. This rum is perfect for making cocktails, giving a spicy character to any drink.

The best-selling spirit brand worldwide enjoyed in more than 170 countries. Bacardi Carta Blanca was created in 1862 and is still, remarkably, a family-controlled brand.

A distinctive golden rum with a smooth taste and subtle mellow characteristics, this is ideal served long over ice with cola or fruit juices.

Carta Fuego is Bacardi’s cinnamon-flavored red rum. A fiery drink that can be mixed with cola, or enjoyed alone – just add three drops of Tabasco sauce for extra spice.

A four-year-old golden rum that’s inspired by Bacardi founder Don Facundo’s original recipe. Anejo Cuatro is a vibrant spirit with notes of honey, vanilla and oak spices, as well as a smooth palate that’s rounded out by the inclusion of some five- and six-year-old rums.

A stylish gift pack featuring a bottle of Bacardi’s honeyed, spicy four-year-old rum, plus a glass featuring its tropical branding.

The new presentation of Bacardi’s 8-year-old Rum. A refined and crafted sipping rum for the mature palate, this has a rich and complex flavour to be savoured.

A hard-to-find special Bacardi, rich, dry and balanced with a delicate but well-defined array of flavours. Aged in oak barrels and charcoal-filtered to an original formula by the great Don Facundo.

A litre bottle of Bacardi, the best-selling spirit brand worldwide, enjoyed in more than 170 countries. Bacardi Carta Blanca was created in 1862 and is still, remarkably, a family-controlled brand.

Facundo is a premium range of rums from Bacardi – Neo Silver is a white rum, aged for up to eight years. Beautifully balanced with notes of banana, almonds and freshly cut grass, this is great on the rocks or in cocktails.

Matured for a decade under the Caribbean sun, Bacardi Diez Gran Reserva is a rich, fruity rum with notes of peaches, plums, overripe banana, pear and caramelised vanilla.

Bacardi Superior Rum is now available at a higher strength of 44.5%. The best-selling spirit brand worldwide enjoyed in more than 170 countries. Bacardi Carta Blanca was created in 1862 and is still, remarkably, a family-controlled brand.

Facundo Exquisito is a blend of rums aged for between seven and 23 years from Bacardi. Rich and sweet, with notes of vanilla, cinnamon, toffee and dried fruit, this sipping rum is best enjoyed neat after dinner.

A 1970s bottling of Bacardi that claims to be from the Bahamas.

An old bottle of Barcardi Carta Blanca produced at their Puerto Rican distillery some time in the late 1970s.

This old bottle of Bacardi Carta Blanca appears to have been bottled sometime in the 1980s. All we know about this is that it was bottled at their bottling plant in Spain.

Bacardi’s Reserva Limitada Rum is aged in lightly charred American white-oak barrels. Previously only available in selected parts of the Caribbean, we’re delighted to have been able to source some bottles.

Paraiso is the oldest expression in Barcardi’s Facundo range of premium sipping rums. Aged initially in white oak, the rums are married and rested in French oak casks before bottling. Rich but not sweet with notes of nutmeg, sultanas and stem ginger, this is one to sip neat and savour.

Since Bacardi owns so many different brands, we’ll only focus on the main Bacardi rum brand. Here are some awesome rum-based mixed drinks based on each different type of Bacardi rum.