Have you heard about Amer Picon? It is an aperitif. Aperitifs are usually served before dinner and are alcoholic beverages to stimulate appetite. They have been in tradition for ages. 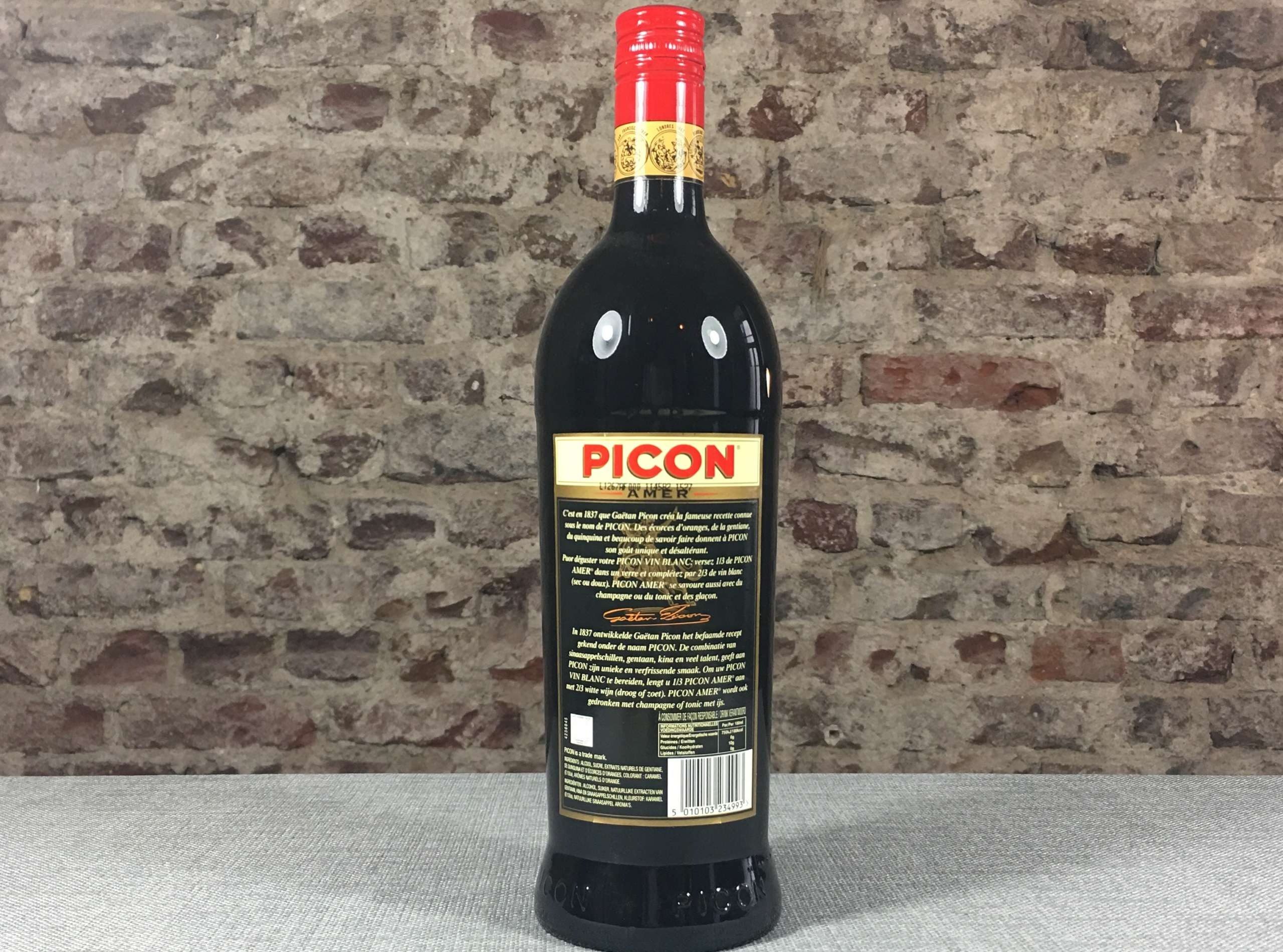 Aperitifs are quite popularly used as refreshing drinks in Europe, notably in France and Italy. There are many types of aperitifs, and the most wanted among them is Amer Picon.

Amer picon has a fruity orange taste. If you like fruity drinks, you can make fruit-infused cocktails like sangria, fruit spritz etc. for your party.

Amer Picon is a widely popular French aperitif. I must add, it is only available in France! Yes, it isn’t easy to find this drink outside Europe. So, it becomes important to find substitutes for it.

Wondering what the best substitutes for Amer picon are? Some of the best Amer Picon substitutes are picon biere, amer torani, picon l’orange, golden moon bitter picon and ramazzotti amaro.

Let us explore Amer picon before we move on to its substitutes. Shall we?

As important as it is to know the substitutes is to have a general idea of Amer picon, its flavor, consistency, and uses.

What Is Amer Picon?

Amer Picon is a French caramel-colored aperitif with a bittersweet taste and undertones of delicious orange. The word “Amer” means bitter in French, which is a testament to the taste of this drink.

Amer Picon is also known as Picon Amer. It consists of an equal blend of gentian and quinquina. Sugar syrup and caramel are used last, and you get the best Western cocktail ever! It had 39 ABV (alcohol by volume) in the original drink.

The history behind the origin of Amer Picon will tell you how it was an accidental discovery that later transformed into a world-famous brand of aperitif.

The origin of Amer Picon pretty much dates back to the Frenchman Gaétan Picon in 1837, who prepared a concoction of orange and alcohol to ward off malaria in soldiers. Eventually, he opened a distillery and produced the same in France.

The concoction which once cured malaria is what we know as the modern-day Amer Picon. Several diversifications have been introduced in its taste and alcoholic content over the years.

Amer Picon In The Later Years

Since the takeover of Diageo, a British beverage alcohol company, Amer picon has been replaced by picon Biere and picon club.

Picon Bière is a sweetened, orange-flavored apéritif with a slight bitterness. It can be cited as a beer cocktail with even more potency.

The Flavor of Amer Picon

Amer picon has an inherent bitter taste which is balanced by the citrusy flavor of orange and sweetness of caramel. This bitterness is offset when Amer picon is mixed with other drinks or cocktails.

Speaking of cocktails, I have an amazing cocktail recipe for you. Here is the recipe for LA water cocktail for you.

When drunk as an aperitif, it aids digestion, so you have an increased appetite. If it’s not mixed with other poissons, it is served in small glasses over ice.

Some people like to mellow its taste down because of the intense bitter taste. It is often served mixed with beer. In addition to that, you’ll also find it mixed with tonic water, dry white wine, sparkling wine, and even seltzer.

Besides these drinks, Amer Picon is a part of many cocktails mentioned above. Picon Punch is the most famous cocktail among the “Picon” drinks. It is made by mixing Amer Picon with orange bitters, lemon juice, grenadine syrup, and soda water.

Why Should We Substitute Amer Picon?

Amer Picon is a flavorful aperitif that has a separate fan base. So why bother with its substitutes, you ask?

Firstly, it is very hard to spot Amer Picon outside Europe. It isn’t easily available in the U.S. Picon contains a flowering plant named calamus, which is banned by the FDA. But did you know Picon Punch is relatively available across the U.S.?

Picon Punch is a cocktail made using Amer picon, grenadine, brandy, and water. The popularity of picon punch and the non-availability of Amer picon forced beer lovers to find the best substitutes for Amer picon.

Apart from non-availability, the high cost of Amer picon is a genuine cause of concern which leads us to its best substitutes. Shall we look at them with no more talk on Amer picon?

The twelve best Amer picon substitutes are as follows:

Picon Biere is a French aperitif that is manufactured by Picon. It is prepared by macerating fresh and dry orange peel in a neutral spirit and mixed with cinchona bark and gentian root.

With added caramel and sugar, picon biere gets a sweet flavor and rich color. Picon Biere is more of an aperitif that has to be mixed with beers and lagers.

Picon Biere has a less intense bitter flavor than that of Amer picon. However, with increased quantity, it can be one of the best substitutes for Amer picon in cocktails.

With the same alcohol percentage as the original, 39% ABV, it is hailed as the closest to the original Amer Picon in its flavor and bitterness intensity. As the French drink is not easily found outside Europe (*heavy sigh*), this drink is highly used in the U.S.

Amer Torani has an intensely bitter spirit and the wild punch of orange, cinchona bark, and gentian roots. Amer Torani isn’t a highly recommended Amer picon substitute. Nevertheless, it is the closest to the original flavor and is easily available.

Another progeny of picon, Picon L’ orange, is the same as the Picon club. It has 18% ABV and a bittersweet orange flavor but with less bitterness than the other picon siblings.

Picon L’ orange is a perfect substitute for Amer picon, considering its flavor and the ability to blend well rather than sinking to the bottom of the glass. But the biggest downside is its unavailability.

Colorado- Golden Moon Distillery Amer Dit Picon Liqueur is a distilled liquor made using the herbs and spices that Gaten Picon, our Frenchman in the story, used to make Amer picon.

Golden Moon Bitter Picon has a bittersweet, spicy flavor. The presence of quinine and the orange gives a distinctive orange flavor. It has 39% VBA, similar to the original Amer picon making it a good alternative.

This Italian liqueur is prepared using a combination of herbs, roots, and orange peels. It has a bitter taste and an underlying sweetness that comes with the essence of orange.

Jamie Boudreau’s cocktail recipes, highly accepted by experts, use this as the base. A word from the bartender (and this is a secret) is to mix Ramazzotti with orange liqueur and bitter orange base to yield the original taste of Amer Picon.

Amer Depot originates from Nevada and is a humble attempt to recreate the original version. It is extracted and prepared out of cinchona barks. It has a lighter color, texture, and taste than the original Amer Picon.

When it comes to Amer depot, the focus is more on the bitterness of oranges, and thus it may not be the best viable substitute. Despite that, it is one of the widely used substitutes for Amer picon.

This substitute is moderately sweet and dark-colored that has an intense aroma on bitter notes. The catch is that it is a digestif and not an aperitif (yes, it matters!). It is a combo of citrus zest, jasmine, and lavender.

Amaro Cio Ciaro has the characteristic bitterness we’re looking for in a drink. Hence, it is typically used in many cocktails to replace Amer picon.

This traditional Italian liqueur is also consumed as a digestif. It has a blend of around 40 herbs, and therefore it registers variedly and vividly on the taste buds.

Due to the presence of herbs and the subsequent unique flavor, amaro montenegro is frequently used in cocktail recipes. It is a substitute for Amer Picon, considering its citrus flavor.

The Bigallet China-China alcoholic beverage results from maceration and distillation of sweet and bitter orange peel. So, you find the bitter orange notes in it.

Bigallet China-China is darkly colored due to pure sugar caramel and is similar to Amer Picon in its taste and color making it a considerable alternative for amer picon.

Cointreau, formerly known as Curaçao Blanco Triple Sec, is a French triple-sec liqueur that is colorless with flavors of orange. It is widely consumed both as an aperitif and a digestif.

The flavor of Cointreau makes it a great component in several famous cocktails. However, if you wish to replace Amer picon with Cointreau, you definitely need the help of Allspice Dram and Bitters to emulate the flavor of Amer picon.

Amaro Nonino has a quirky bittersweet flavor alongside the flavors of orange, honey, vanilla, pepper, and cocoa. The bitterness and sweetness in the flavor are equally balanced, with the undernotes of gentian and quinine peeking through.

With a unique flavor like that, it might not have the exact flavor, but it is a worthy substitute for Amer Picon. If you are craving a cocktail with orange notes, you can also try the Red Death cocktail.

Zwack is a herbal liqueur from Hungary that is deemed as the ‘national booze of Hungary.’ It is prepared using around 40 spices and herbs and is kept in oak barrels for six months.

Zwack has a sweet taste with a rich citrusy flavor. It can be used in lieu of Amer picon due to the very same reason in drinks and cocktails.

How To Substitute The Above Mentioned Ingredients For Watercress 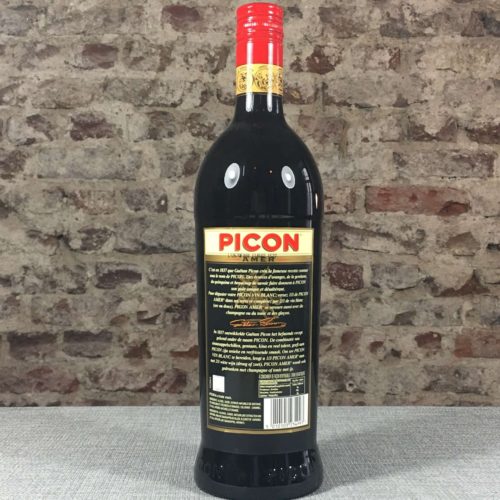 Amer Picon is a widely popular French aperitif. I must add, it is only available in France! Yes, it isn’t easy to find this drink outside Europe. So, it becomes important to find substitutes for it.
No ratings yet
Print Recipe Pin Recipe Save Saved!

If you have been with me so far, you must now have a clear idea about the substitutes for Amer picon. Let me make things easy for you to remember the essentials in a jiffy!

Taste – If you are looking to simulate a close flavor of Amer picon, your options should be Picon Beer, Picon L’Orange, Amer Torani, or Ramazzotti.

Availability – Golden Moon Amer dit Picon and Amer Depot are the American brands of aperitifs that can be used to replace Amer picon.

Well, I have wandered around the globe (at least figuratively) and rewarded you with the top substitutes for Amer picon to brighten your cocktails. These substitutes are easily available with buying options and can match the authentic Amer Picon to a great extent.

Whenever you sprint into booze time, try these substitutes, and you are in for a treat, for sure. Let me know what you chose and how well it turned out for you. See you soon with another article!

Why is Picon not available in the US?

Amer picon is not available in the US due to the fact that it contains calamus, a flowering agent that is banned by the FDA.

How do you drink Amer Picon?

Amer picon is usually consumed by adding it to wine or beer. It can also be served over ice with a touch of grenadine and soda water.

What are some of the cocktails which use Amer Picon?

What is the difference between picon and amaro?

Picon is a famous aperitif that is consumed in France. Amaro is an Italian herbal liqueur with a bitter flavor that is also easily digestible.